Energy Centre will lose one of biggest customers

The Dunedin Energy Centre will lose one of its biggest customers when Cadbury closes, as it uses about 20% of the steam generated in the thermal energy plant. 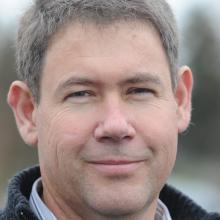 Mondelez International, owner of the Cadbury factory, on Thursday announced plans to close the plant in March next year, with the loss of 362 jobs.

Pioneer Energy chief executive Fraser Jonker, of Alexandra, said he was surprised by the news and had had  no warning.

"We met with their management at the end of last year, and I actually came out of that meeting quite positive; they were quite upbeat.

"I think for [local management] it must have been a huge shock."

The energy centre would be viable without Cadbury. However, Mr Jonker’s biggest concern was the wider effects of the closure on Dunedin.

"For us, the sad bit is it’s an opportunity lost for the city. [The Cadbury closure is] not good. It’s a big deal."

The centre would continue to service Dunedin Hospital, the University of Otago, and some smaller clients.

"It’s one of only two district energy schemes in the country. We’ve got good-quality customers."

Customers are connected to the centre’s boilers with underground pipes. The 24-hour Castle St facility has seven full-time staff.

Mr Jonker would like to see the Cadbury site used for another industrial purpose.

The multinational was unlikely to leave chocolate-making equipment in place for a rival to use, he said.

Pioneer Energy owns the facility, which was purchased from the former Otago District Health Board in 2002.

Under the terms of the agreement, the facility will transfer into Southern District Health Board ownership in 2027.