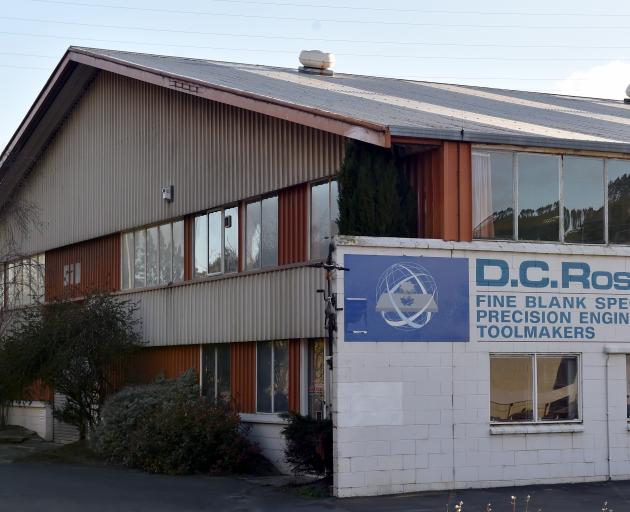 The McConnon family of Dunedin, who had a sizeable fortune from dairy interests in the days before and after Fonterra's formation, are the majority 72.5% shareholders. Their Aorangi Laboratories Ltd holds 1.77million shares, split into five wider, equal, family allocations.

D.C. Ross chief executive Peter Deans, a 12% shareholder along with co-director Robert Houliston, also with 12%, confirmed yesterday the Kaikorai Valley Rd company was placed in voluntary receivership, by its shareholders, not creditors.

''Hopefully, a buyer can be found in the next couple of weeks ... we have work to be going on with,'' he said.

He was unable to give details yesterday, not wanting to pre-empt the receiver's first report, due next month.

Mr Deans, who has been with the company for almost 18 years, said there had been ''poor governance'' since the aftermath of the 2007-08 global financial crisis and the company was ''left to meander''.

''The irony is we're picking up new orders and having a growth spurt,'' Mr Deans said.

There were other compounding factors, such as the strength of the New Zealand dollar, increasing raw material costs and the state of the Australian automotive industry.

Ford's last Australian car has just rolled off the assembly line and Holden and Toyota will close by the end of next year.

About 50% of D.C. Ross' work was for the automotive industry, but not exclusively Australian, and 30% to 40% was for Chinese company Haier, which owns Fisher & Paykel Appliances and its whiteware production.

D.C. Ross evolved from the early 1900s Dunedin company William Wilson, which started out repairing bicycles and printing machines before getting some Cadbury contracts.

The company was subject to a management buyout in the early 2000s.