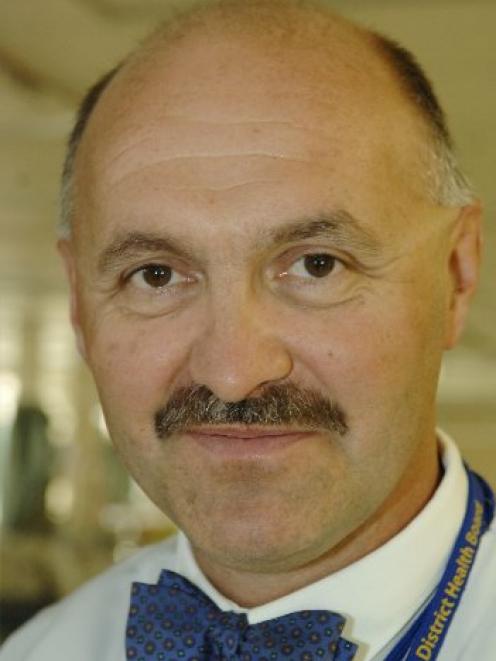 Mr Hunter, Dunedin Hospital's clinical leader of intensive care, states this in a post on a "Keep Neurosurgery in Dunedin" Facebook page set up by Richard Thomson and Samuel Mann, who are both standing for the Dunedin City Council.

Dunedin's intensive care specialists would not support, approve or encourage any proposal which did not provide for competent, properly trained round-the-clock neurosurgery expertise in Dunedin, he said.

Intensive care consultants agreed unanimously provision of emergency neurosurgery in Dunedin was essential to safe care, and that all patients requiring intervention could not be safely transported to Christchurch in time, he said.

Neurosurgeons were required in Dunedin both to provide immediate emergency surgery and knowledge, expertise, clinical assessment and advice.

Such services were poorly delivered from a distance, despite modern technology.

"There is still no substitute for having an expert clinician actually at the bedside able to make his/her own assessment of the patient."

Mr Hunter, who is also the consultant responsible for the aeromedical retrieval team, said that despite state-of-the-art aircraft, avionics and night-vision equipment and a " superb group of pilots", it was not possible to fly in all conditions.

In those circumstances, it was not possible to retrieve patients from the farthest parts of Otago and Southland within two hours of a call.

It could take four or five hours to get patients to Dunedin by road - sometimes longer.

"If we then had to get them to Christchurch, we would add a further five hours' road travel", which was not acceptable.

He was also critical of plans to train Dunedin general surgeons to provide emergency intervention when necessary.

"This is in itself a critical admission that the proposal is not safe and will no longer meet the needs of our patients in emergency. It is also impractical, and has no support among any of the clinicians in Dunedin."

Mr Thomson, who is a member of the Southern District Health Board and the former chairman of the Otago board, said the Facebook site had attracted interest from almost 400 people in its first three days.

The site aimed to " build a momentum" which politicians could not ignore and increase awareness of the issue.

It was considered it might attract different readership from newspapers, while at the same time providing links to published articles.

He was hopeful that an increasing number of clinicians would take the opportunity to post comments on the Facebook page.

• This week, Director-general of Health Stephen McKernan announced an expert panel had been appointed to review the impasse on the future configuration of neurosurgery services in the South.