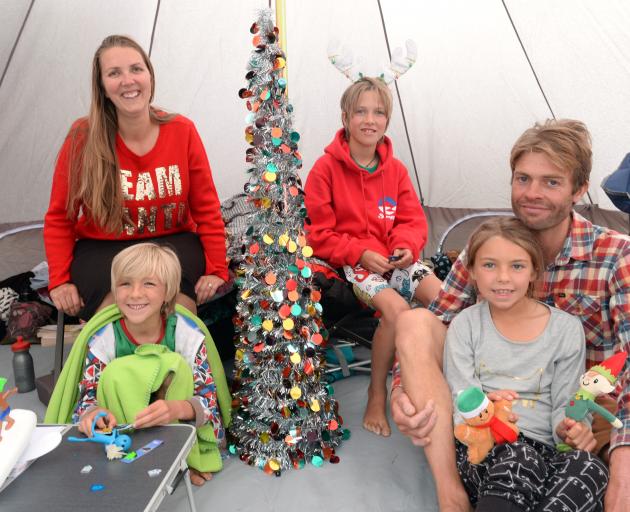 The Newsham family, of Christchurch, tucked in to their fully vegan Christmas lunch yesterday at Dunedin Holiday Park.

The family, originally from England, emigrated to New Zealand about a year ago and wanted to go on an adventure for the holidays.

They spent Christmas Eve at the Dunedin Holiday Park where Santa was luckily able to find them and left some summer-inspired gifts for the three children — although you couldn’t tell it was summer by the weather.

Jo Newsham was not particularly disappointed or surprised by the dreary day in Dunedin.

It was "exactly how we’d thought it would be", Mrs Newsham said.

However, she hoped for the weather to improve as the family continued on their journey.

The family kept things festive by putting up a Christmas tree in the family tent and left some feed out for Santa’s reindeer — just so he knew where to go and wouldn’t forget the Newsham children when visiting New Zealand.

The next destination, where the family would leave for today, was to the Catlins and then to Invercargill.

They will eventually end up in Wanaka.