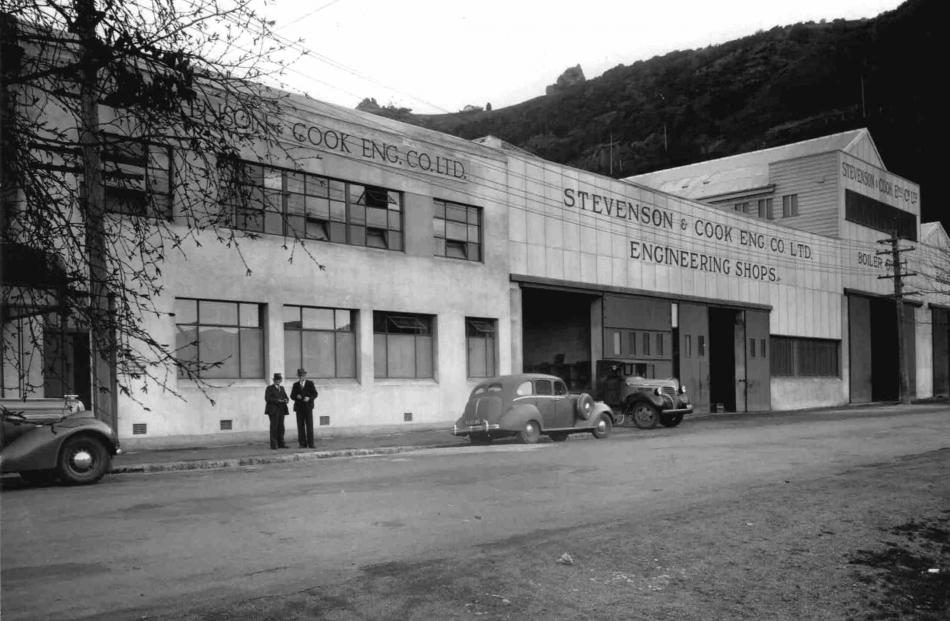 This image from the past shows the view of the wider complex. Photos: Port Chalmers Maritime Museum/Linda Robertson. 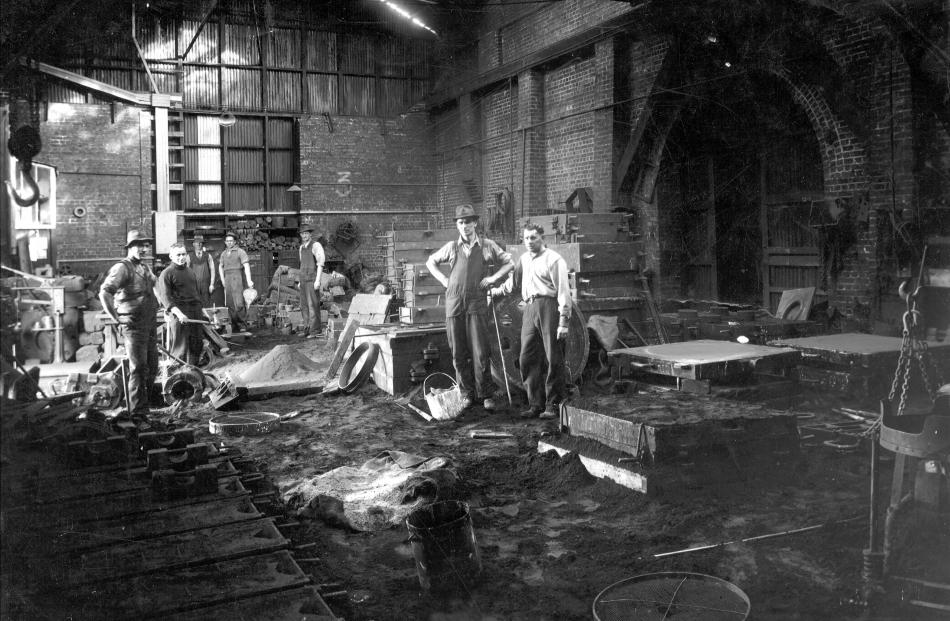 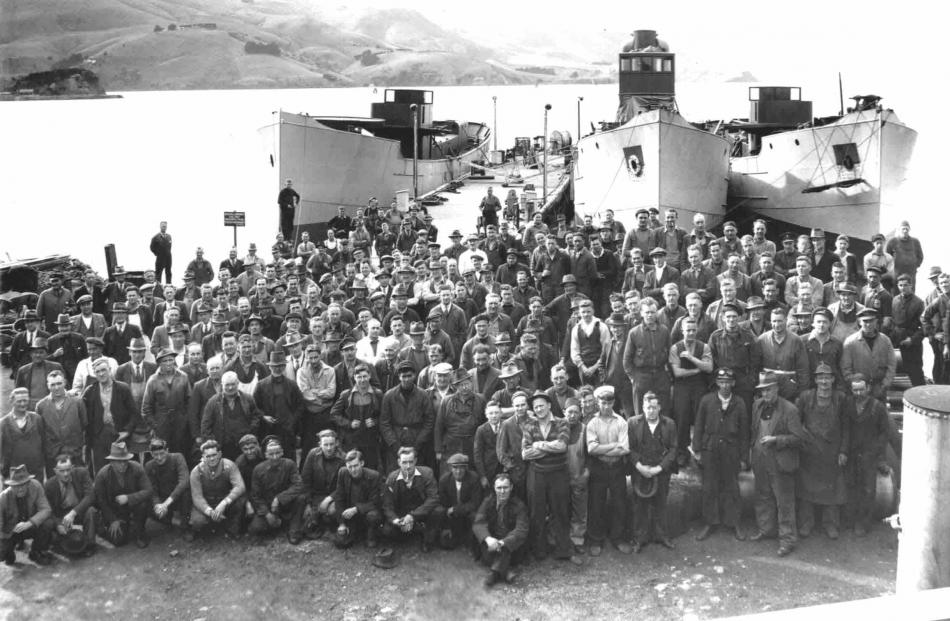 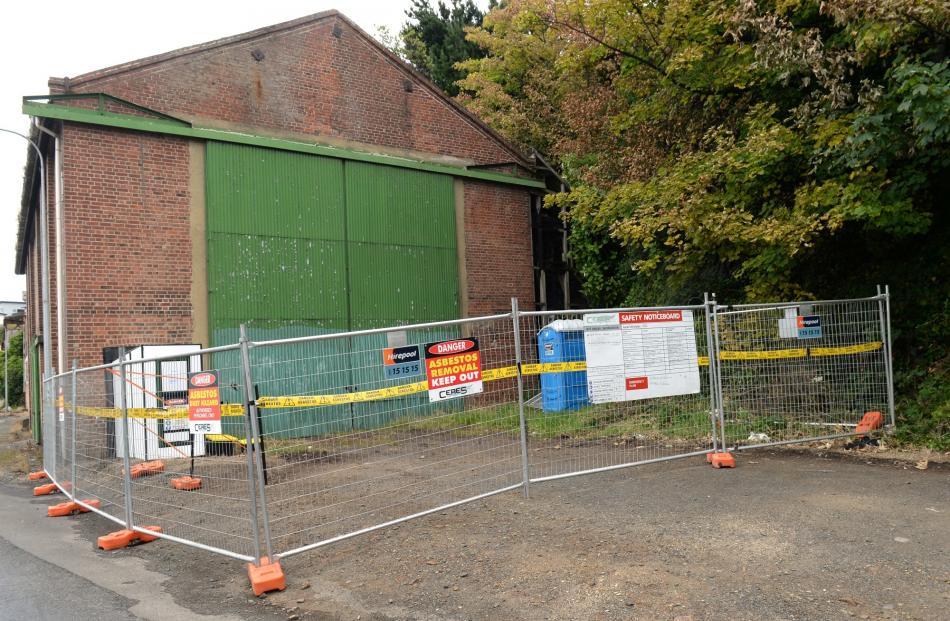 If its walls could talk, the old brick building on the edge of Port Chalmers would have more than a century of stories to tell.

But the future of the former Stevenson & Cook’s foundry building,  which has strong links to the town’s maritime history,  remains under a cloud.

And, with all options on the table, the prospect of demolition hangs over its impressive industrial brickwork.

There were no immediate plans to replace it, but a temporary cover would be added until options could be presented to the community and councillors later this year, she said.

It is a fate that concerns Port Chalmers resident Bill Brown, who, in a letter to the Otago Daily Times this week, suggested the building deserved protection.

"The Stevenson and Cook building has historical ties to the founding of Dunedin and the potential to be a great historical asset for the future," he said.

It was most recently used as a storage area by the Port Chalmers Yacht Club, until it was closed because of asbestos concerns last year.

Its story dates back to the 19th century and the days of heavy manufacturing associated with the town’s burgeoning maritime industry.

Inside, links to the past remain, including  impressive brickwork, giant gantry cranes — still capable of hoisting 25-tonne loads — and the site of the foundry itself, in the building’s northern end.

What remains was once part of a larger site used by a succession of manufacturing companies, most notably Stevenson & Cook Engineering Co Ltd.And it was that company that played a key part in Port Chalmers’ early history, Harold Bowman wrote in his book Port Chalmers — Gateway to Otago.

"No firm has played a larger part in the creation and maintenance of the prosperity of Port Chalmers," he wrote.

The firm had its roots in a smithy started in the area before 1858, which over time grew, and changed names, until it became the Stevenson & Cook "Maori Works" from 1903.

Isaac Stevenson, who helped found the company and was credited for much of its growth, was also a noted benefactor and later, from 1906, mayor of Port Chalmers, Mr Bowman wrote.

His company engaged in ship repairs and manufacture, including new engines, boilers, propellers and rudders, produced dredges for goldfields across New Zealand, Australia and as far away as Canada, and penstocks for the Roxburgh dam, he wrote.

The company also built the ocean-going salvage tug Dunedin in 1914, and won international praise after repairing the ocean-going liner Knight of the Garter, then considered the biggest feat in ship repair in the southern hemisphere.

The company, together with the then-Union Steam Ship Co, later refitted troopships for service in World War 1, and, after becoming a Fletcher Holdings subsidiary, built minesweepers in World War 2.

The Stevenson & Cook operation eventually ceased in 1958, closed by Fletcher as workloads diminished, and its eventual replacement at the site, Sims Engineering Ltd, followed suit about 1990.

By then, ownership of the building had been transferred to Port Otago, and soon after to the city council,  after local  body amalgamation in 1989.

And, after several years of informal use, it was leased by the council to the Port Chalmers Yacht Club from 1994.

But, despite offering a visible link to the town’s history, it did not appear on either Heritage New Zealand’s (HNZ) or the DCC’s lists of heritage buildings.

HNZ Otago-Southland area manager Jonathan Howard said his organisation had "very little information" about the building’s history, but that "does not mean that it does not have historic heritage value".

HNZ had discussed the building with council staff, who would need  archaeological authority for any repairs, reuse "or the complete demolition of the building".

It was important to manage the asbestos risk, but also for the public to speak up if there was a will to save the building, he said.

"I cannot give you an answer to whether its level of significance justifies retention. Nonetheless ... a large level of public support for the building, as a landmark, could strengthen a case for its retention."

Give the saviour of Sammy's Aaron a call he will sort it out with other peoples money,without asking permission of the said suppliers of the cash,yes that would be the ratepayers.