Fears for future of radiosurgery 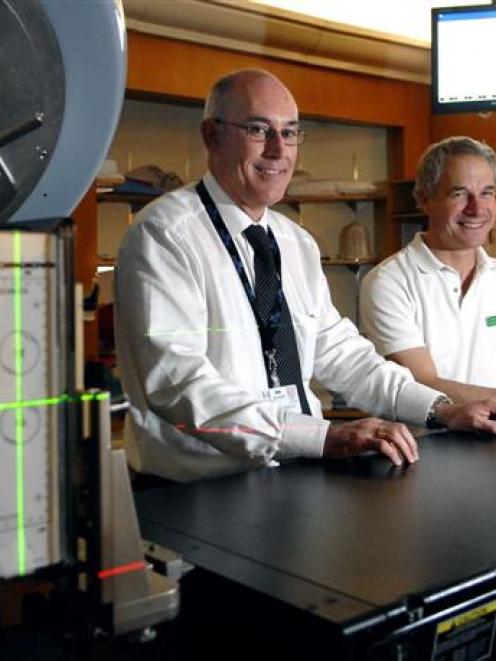 Dr Costello fears for the future of radiosurgery in Dunedin if the city loses its neurosurgeons.

Neurosurgeons were involved with assessment, planning, and during the radiosurgery procedure.

Since 1994, Dunedin had been the sole radiosurgery provider in New Zealand.

Radiosurgery involved directing an intense beam of radiation into the brain.

Sometimes it was used on malignant tumours, but more commonly for such conditions as blood vessel abnormalities and acoustic neuromas.

Neurosurgeons screwed a frame on to the patient's head, perforating the skin.

The neurosurgeon determined if the patient was suitable for the procedure. Crucially, they also advised which parts of the brain it was safe to direct radiation towards for each patient, Dr Costello said.

In some places overseas, neurosurgeons had direct overview of the procedure, which comes under oncology at Dunedin.

The hospital is funded for 70 procedures a year, but "always" carried out more. In the last financial year, 81 procedures were carried out. The youngest patient treated with the procedure had been 8 months, and the oldest 90, he said.

No terms of reference had been released, he said.

There was significant interest from other centres, from both the public and private sectors, in carrying out radiosurgery, he said.

Radiosurgery was a "drawcard", making Dunedin more attractive for radiation therapists and radiologists, and possibly for neurosurgeons.

Radiation therapist Chris Shilling works full-time on radiosurgery, with input from a range of other specialties and clinicians.

Connected to a linear accelerator, the radiosurgery equipment was worth about $1 million, he said.

Dr Costello said he relayed his concerns to panel chairwoman Anne Kolbe when she visited Dunedin earlier this month.

Mrs Kolbe leads the independent panel which will consider the issue and advise the Director-general of Health about the best configuration of South Island neurosurgery.