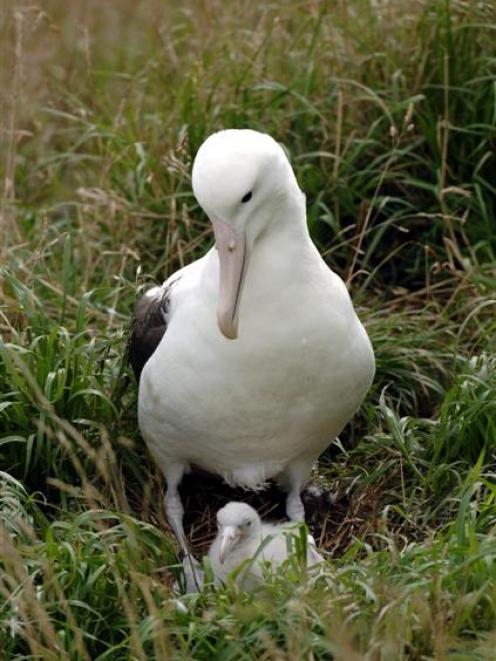 Last season, a female pairing brought international media attention to the colony. Their chick successfully fledged last September and they were due back next year.

Department of Conservation ranger Lyndon Perriman said this year the two females were first-time breeders and they were the fourth female-female pairing in the colony's history.

As happened last year, the egg the pair incubated was fertilised by a male albatross but he was no longer in the picture.

A Hawaiian study of northern hemisphere albatrosses showed about one third of pairs were female-female.

So far, it had been a "bumper" breeding season at Taiaroa Head with 23 chicks surviving and one still hatching.

If all 24 survived, it would be the second-highest number of chicks the colony had seen, Mr Perriman said.

Seven new pairs had bred this season, up from the usual one or two, which was tied into the increased numbers of albatross fledging about eight years ago.

"I hope this is going to become more of the norm."