Festival focusing on link with ocean 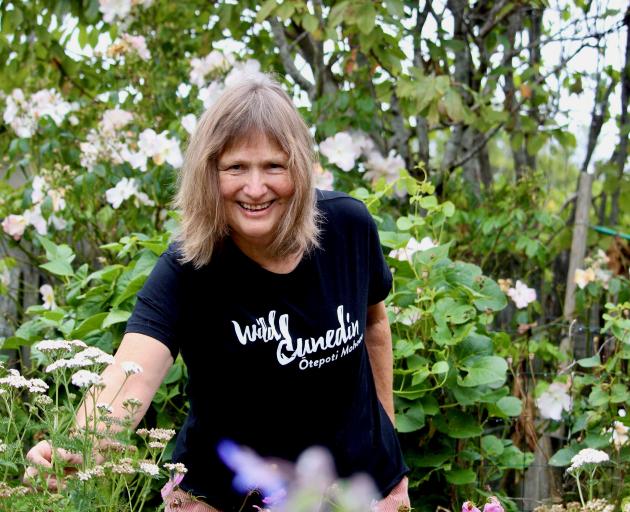 Wild Dunedin co-ordinator Suzanne Middleton says there are about 100 events and activities for all to enjoy at this year’s Festival of Nature. PHOTO: SIMON HENDERSON
Connecting the city with nature is at the heart of Wild Dunedin, New Zealand Festival of Nature, which runs from April 22 to 28.

Co-ordinator Suzanne Middleton said the theme for this year was "He wai ka rere ki te moana - Down to the sea".

"So our theme this year is what you do on the land affects the ocean as well," she said.

Bookings are now open online and Ms Middleton encourages people to book early as many events might sell out.

With about 100 events this year there was something for everyone, she said.

She was particularly looking forward to Wanaka artists Martin Hill and Philippa Jones’ plan to create a large temporary sculpture on the beach at Lawyers Head.

"They are going to create a giant sculpture in the sand with kelp and driftwood and suchlike that is found there."

The message would be about sustainability and the circular economy.

"So it is being created as the tide goes out and once the tide starts to come in the work will be washed away."

Television personality Suzy Cato would be performing at Wild Music alongside local musicians at Toitu Otago Settlers Museum, and would also be attending Wildlife ER at Tuhura Otago Museum.

"Being in the school holidays we do so much that is for kids."

Many of the events were free, Ms Middleton said.

This year the festival had negotiated discounted deals for families at Resistance Climbing Gym, Watercooled Sports and the Esplanade Surf School.

Other events includeda treasure hunt for children on Quarantine Island, Kamau Taura, a guided tour of Penguin Place at Harington Point and gourmet dining events focused on wild food from the sea.

A popular returning event was the Seven-by-Seven Wild Talk, in which seven speakers had seven minutes to talk on topics such as science, art and culture.

A number of events would be livestreamed this year, allowing people who had to isolate due to Covid-19 to take part online.

Festival programmes could be picked up from locations such as public libraries and cafes around town. Visit wilddunedin.nz for bookings and further information.