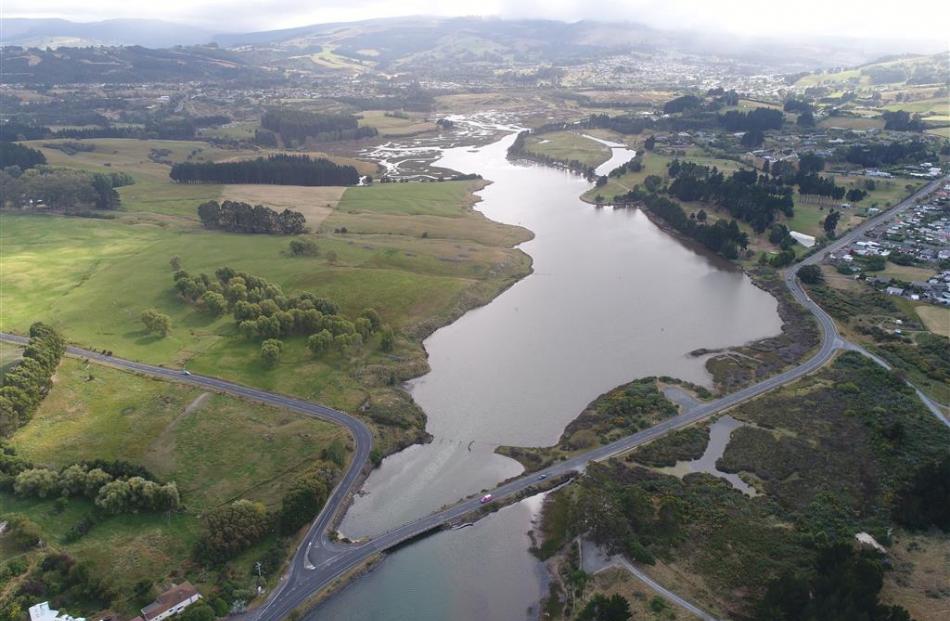 The Kaikorai estuary where it heads to sea under the Brighton road. PHOTOS: STEPHEN JAQUIERY/SUPPLIED 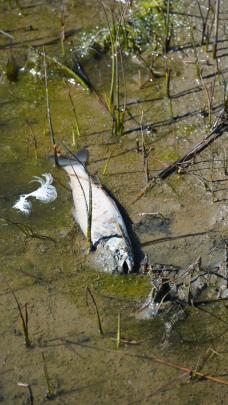 The Kaikorai Stream flows under Brighton Rd as it heads out to sea near Waldronville yesterday. The spotlight is on the health of the urban waterway after large numbers of dead fish began littering its edges last month. PHOTOS: STEPHEN JAQUIERY/SUPPLIED 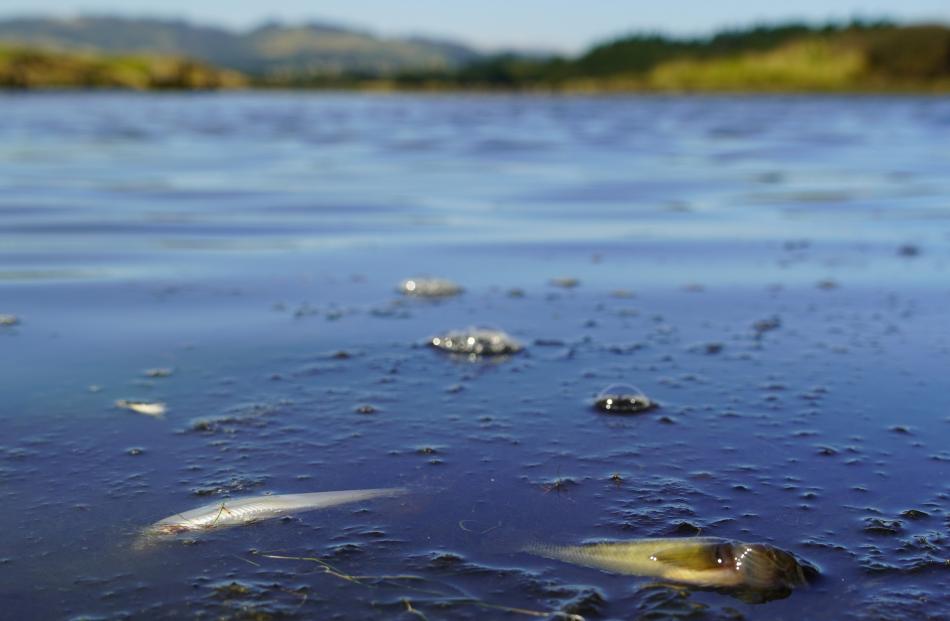 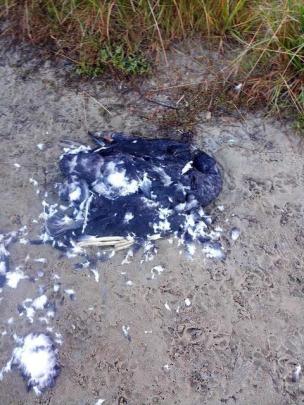 The ecological "disaster" unfolding in the estuary of Dunedin’s Kaikorai Stream is the result of a regional council failing to manage its waterways, Fish & Game New Zealand says.

Its chairman, Ray Grubb, of Wanaka, said last month’s significant fish kill in the Dunedin estuary was not an isolated incident, but it was galling that the Otago Regional Council could have tipped the balance in the ecosystem when undertaking flood prevention work.

"The opening of the stream mouth resulted in an over-heated and anoxic (low-oxygen) environment which looks to have caused the demise of thousands of indigenous fish and sports fish," Mr Grubb said.

"The situation is compounded by the fact regional and local councils have generally treated urban streams as little more than drains for over 100 years."

After the fish kill, which included dead smelt, flounder, giant bullies, trout and inanga, the regional council launched an investigation.

Council regulatory general manager Richard Saunders said it would investigate whether there was any pollution from an upstream source.

But the opening of the coastal mouth at the estuary, which occurred about the same time could have contributed to the deaths, Mr Saunders said.

He would not comment on the number of times the stream breached water quality limits.

And he did not comment on any concerns the council had about the waterway after water quality testing showed high levels of nitrogen, E.coli, and turbidity, either.

Instead, he said the council would publish a comprehensive report on Otago waterways in light of the new National Policy Statement for Freshwater Management 2020, in late March.

Information on the Kaikorai stream would be included in that report, he said.

Since 2015, there had been 48 incidents reported to the council’s pollution hotline about the stream.

There had been 69 incidents of non-compliance with discharge consent conditions, he said.

In the past five years, the council had issued two infringement notices for pollution relating to the stream, and one further action was ongoing.

These enforcement actions were not related to non-compliance with consents, but were for unconsented discharges, he said.

"The Kaikorai Stream is an urban stream, and we know that waterways in towns and cities suffer some of the worst water quality impacts," Mr Saunders said.

"Water quality is everyone’s responsibility, and it’s crucial that people are conscientious about what’s going into the streams and rivers in their backyards."

The Saddle Hill Community Board has been advising people and their pets to stay out of the estuary.

Chairman Scott Weatherall said he had raised concerns about the health of the urban waterway for years.

However, it remained a common fishery.

"If the water’s no good then we should be very, very clear with people that they shouldn’t be eating the fish from there," he said.

With respect 'an ecological disaster' would look more like the introduction of trout that eats our native fish to extinction which f&g introfuced and promote, or our rivers losded with e.coli making rivers unsafe to swim in which robust science proves 80% comes from f&g's ducks they jntroduced and manage. We could talk of the ecological disaster that rabbits, ferrets, stoats and weasels created too all introduced by f&g's predecessor but....so fish and game, you are nz's greatest contributor to ecological disaster thank you. Were you not taught about throwing stones when you live in a glasshouse?

While I agree with you that the introduction of many species has had a negative impact on NZ's ecosystems, you are wrong in regards to the science you report. If you do some research you will actually find that the report you are referring to states that of the Southland waterways they tested 80% contained bird faeces, which is not surprising as many birds live on or near waterways. You would also find that 50% contained faeces from livestock, which is surprising because cattle should be excluded from our waterways. Furthermore, the report goes on to state that there is little associated risks from bird contamination but the potential risks of harmful diseases and ecosystem failure is greatly amplified by the presence of animal pollution.

Yes the ORC is to blame for the poor health of our rivers. From source to sea they compromise it's quality for economic gain. Monitoring and enforcement of regulations is kept to a minimum and costly prosecutions only used as a last resort. The pollution, dead fish and collapse of aquatic ecosystems is prove of their negligence. They should be held accountable.

I have no time for F&G.
However, if any other land owner had caused this to a stream, regardless of good intentions, the ORC would have dragged them through the courts and milked them for all they could.
It will be interesting watching the ORC prosecute themselves.....Tui anyone.?

Don't expect the ORC to clean up our waterways when the council is full of farmers.

"Would not comment"? Which leads us to try to work out if Mr Saunders is ignorant of, or concealing, the answers. Neither fills me with confidence.