Downpours on Wednesday night and steady drizzle yesterday did not deter revellers from enjoying the final full day of the annual festival, held at Waiora Scout Camp.

They took shelter in a large marquee as they enjoyed a range of performances throughout the day, from artists such as The Broken Heartbreakers and Adam Hattaway and The Haunters. 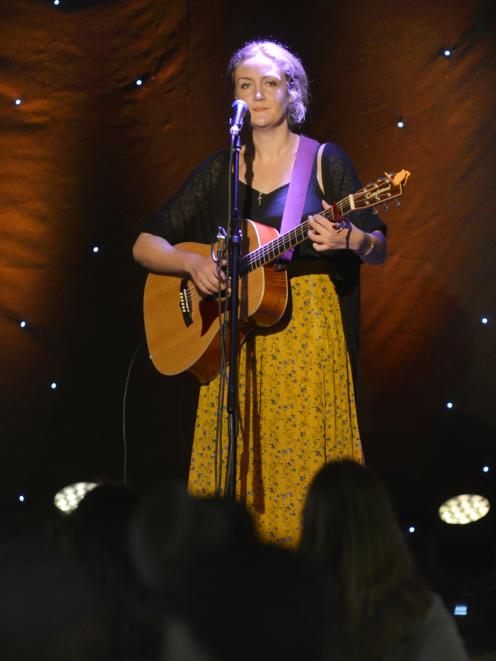 Dunedin singer Lana Rose entertains the crowd.
Festival organiser Bill Morris was over the moon with how the festival had gone.

The quality of the performers the festival now attracted was particularly high, he said.

‘‘I’m feeling so proud and pleased at how it’s gone.’’

The festival usually attracted just over 1000 people during its run.

Attendees rang in the new year with the traditional New Year’s Eve ceilidh, or a barn dance, which remained popular, he said.

While basking in the glow from this year’s success, he was turning his attention to the next event.

‘‘We believe this is an international-standard folk festival, so you’re always looking for ways to make it better.

‘‘All of the work we’ve put in over the last decade to build this festival up is starting to pay off.’’