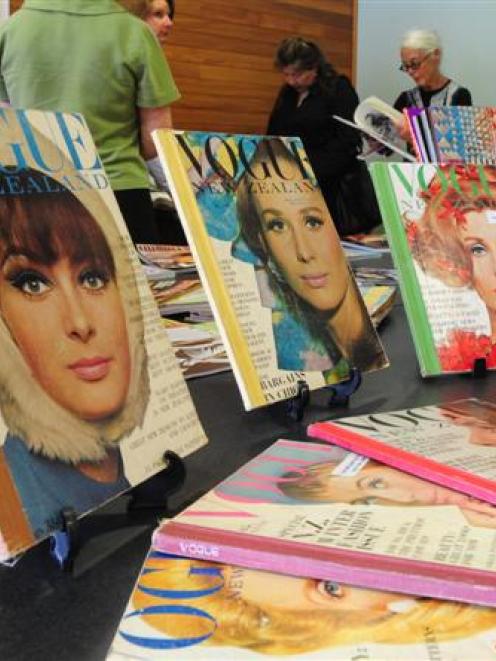 The library opened its collection to eight fashionistas yesterday in an iD Dunedin Fashion Week event - the Followers of Fashion Tour.

While visiting different parts of the building, the group was given a glimpse of the publications that inspired Carlson and NOM*D fashions, among others.

Marketing co-ordinator Lynette Hartgill said the library held some stunning and impressive fashion books and magazines many people were not aware of and it was often visited by fashion designers wanting to research past trends for their latest designs, she said.

For example, it holds one of the best library collections of Vogue in New Zealand.

The group was "astounded" at its extent and were given the opportunity to browse the vintage magazines which were normally kept from public view, she said.

The hoard offered an "amazing insight" into what was considered beautiful and what society was like from 1934 onwards.

For those more interested in the latest fashions, the library also purchased magazines as they were released and made them available for loan.

It allowed fashion fans to save money by not having to pay for magazines weekly or monthly, Miss Hartgill said.

Other gems on show yesterday were the heritage collections, which included books with hand-crafted illustrations and to-scale patterns.

All of the items are available for the public to view.