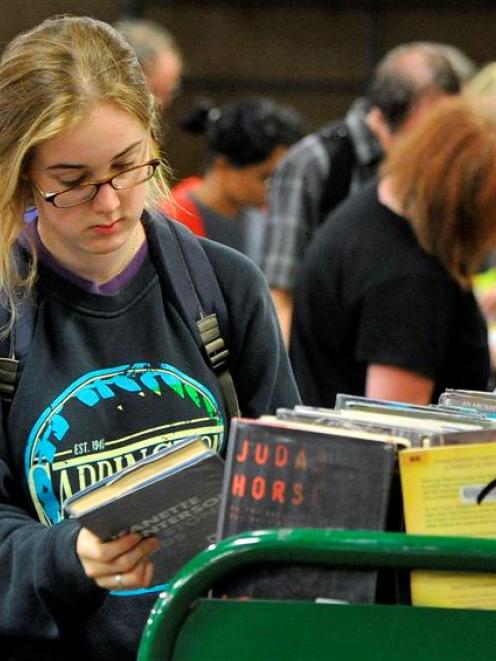 A queue about 20m long had formed outside by the time the library's annual three-day sale - held at the central library car park - began at 4pm.

It was frantic inside as bargain-hunters made their choices and headed away with their treasures.

Dunedin Public Libraries head of collection services Linda Geddes has been involved with the sale for more than 20 years. The preparations involved hard work, but the sale itself was ''just fun really''.

''People do get excited about a book sale,'' she added.

Among the bargain-hunters was University of Otago student and ''keen reader'' Mikhaila Howse (20). She enjoyed the sale and ''it's nice that it's supporting the library,'' she added.

Ms Geddes said that over the past two years the library had also made ebooks available to its readers, and about 1000 a month were downloaded by library users.

Although ebooks were becoming more popular, the main demand from library users was for traditional printed books, and ''there's no evidence that the book is dying'', she said.

The book sale involved about 30,000 items, including CDs, DVDs and magazines at bargain prices.