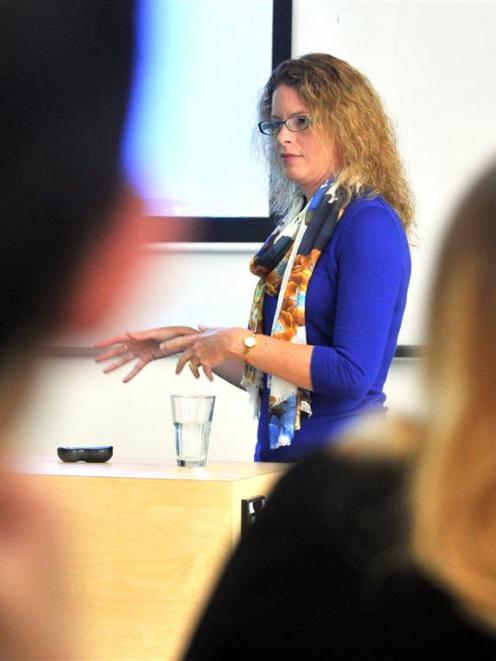 About 50 members of the public attended the seminar on Wednesday which outlined the opening of Australia's first "body farm''.

Prof Shari Forbes, of the University of Technology Sydney Centre for Forensic Science, was in Dunedin for the week hosting three lectures for the summer school's 200-level forensics paper.

She said Otago and New Zealand researchers would really benefit from their own facility for taphonomic experimental research.

"I really encourage anyone who would be willing to set up these facilities to do it,'' Prof Forbes said.

"I really couldn't provide much information to police here because the climate is so different.''

Climate had a major impact on how a human body decomposed, which was one of the major factors that led Prof Forbes to open the first body farm in the southern hemisphere.

The 38-year-old had been providing her forensic expertise to police and emergency services to aid in explaining homicide, crash and disaster deaths for more than 10 years.

"I don't find it morbid. Certainly there is a sombre mood [in the field] but we just try to think of the positives and what the family went through.''

The first and most well-known taphonomic research facility is in Tennessee.

It and the term "body farm'' were made popular by Patricia Cornwell's 1994 novel The Body Farm.

Australia's new facility, in the Blue Mountains outside Sydney, will feature cadavers placed in different scenarios for different time periods, some for as long as 15 years.

The 48sq km area is surrounded by a secure perimeter fence and scavenger cages will be placed over cadavers.

Previously, Australia and the rest of the world relied on decomposition data and expertise from one of about a dozen facilities in the United States.

More than 200 people had offered their body to the facility since it opened about two months ago.

The first cadaver would be "put out'' in about two weeks, Prof Forbes said.

Asked if she would recommend forensics as a profession, Prof Forbes was cautiously positive.

"I recommend it to everyone but only if you've got the stomach.''