The Government has announced $800,000 in assistance for farmers affected by last month's deluge in Otago.

Minister for Primary Industries Nathan Guy yesterday declared the flooding which followed the downpour on July 21 and 22
a medium-scale adverse event. 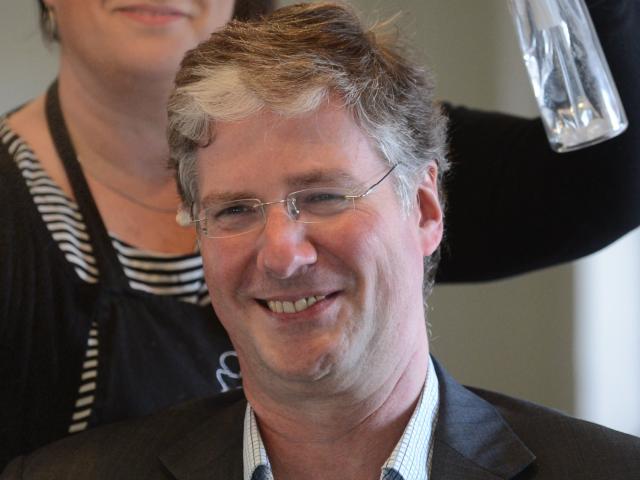 He made the announcement during a visit to Dunedin city councillor Mike Lord's property near Henley to ''see first-hand the devastation that this flood has caused''.

''There's still a fair bit of water to come off these low-lying properties,'' the minister said.

''I know that events like this can have quite an impact on your mental wellbeing.''

The classification triggered additional funding to assist those hit by the deluge, including installing a co-ordinator to run a flood recovery committee; extra funding for the Rural Support Trust; taxation flexibility; and an enhanced Taskforce Green scheme which matched jobseekers with clean-up work on farms and in urban areas.

Mr Guy, who is also the Minister of Civil Defence, announced a $50,000 contribution to Dunedin's mayoral relief fund.

The contribution would be matched by the Dunedin City Council, Mr Guy said.

''With flooding like this, the real work starts after the rain has stopped,'' he said.

''Some farms on the Taieri Plain are still under more than a metre of water and as that clears away, it leaves sodden and silt-covered pasture which is no good for feeding animals.''

''There is a range of support available to the Otago community,'' Mr Guy said.

''The Government reimburses local authorities the costs of providing for the immediate welfare of evacuees, such as food and accommodation.

''Provided the costs are above a low threshold, the Government will also pay a large share of the costs that councils face to repair essential infrastructure such as drinking water, stormwater and wastewater systems, and river management systems. A substantial share is also contributed to the costs of fixing local roads and bridges.

''For farmers, the priority now is getting feed to stock. Even getting bales of hay on tractors across boggy paddocks is a huge challenge for many. There are stories of silage stored for winter floating away in the floodwaters.''

''It's difficult at this stage to give an exact number of flood-damaged properties, but there is ongoing recovery work in areas such as building assessments, road repairs and general welfare issues.''

More than 200 properties were evacuated during the deluge. Most of those residents had now returned home, Mr Pickford said.

One application had been received to the mayoral relief fund so far.

''We have 29 households registered with us who have ongoing welfare issues and we're working with them and associated agencies,'' Mr Pickford said.

The event covered Dunedin, and the Clutha, Waitaki and Central Otago districts.

''Farmers are still doing it tough so this should bring some light to the end of the tunnel in what has been a grim week as the extent of damage has become clear,'' Federated Farmers Otago president Phill Hunt said.

Those requiring feed, grazing or other support should contact Federated Farmers, he said.