Get your togs on, Mosgiel 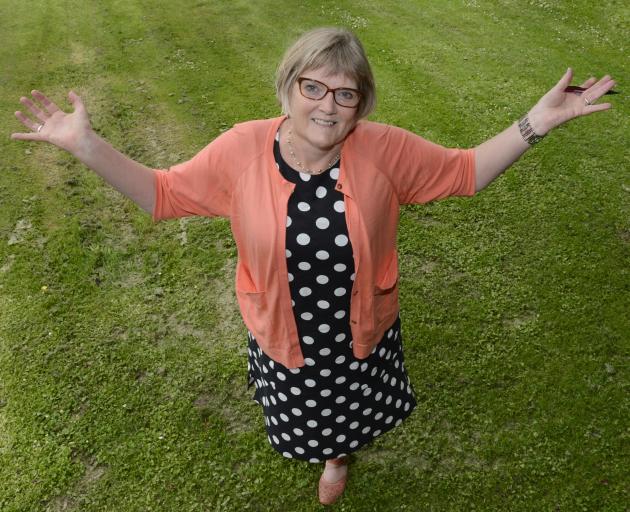 Taieri Communities Facility Trust chairwoman Irene Mosley in Mosgiel yesterday. Photo by Gerard O'Brien.
A date to get your ''togs on'' and make a splash in a new Mosgiel aquatic facility has been set and a decision about location is down to two sites.

Taieri Communities Facility Trust chairwoman Irene Mosley said a timeline to build the facility had been made and people should prepare to enjoy a dip in November 2019.

The trust had worked with the Dunedin City Council to identify two sites in Mosgiel to build the facility.

''There is no perfect site in Mosgiel, all the green spaces are utilised ... There are a lot of reasons that make it difficult to get to the final decision.''

The two sites would be announced when every stakeholder involved with them had been notified.

''We want to make sure we get everything lined up before we go public.''

The announcement of the sites would be made in the Otago Daily Times before Christmas so the public could provide feedback to the trust over summer.

The footprint of the proposed facility would be ''pegged out'' on the two sites during the Festival of the Plain in February next year to help people visualise a potential building on those sites.

Concept plans of the exterior of the facilities at both sites would be available.

Fundraising for the facility would be starting in February with a walk up Saddle Hill.

The council had budgeted to give $6million in the 2018-19 financial year.

The council would give another $1million if there were ''no major breakdowns'' at the existing Mosgiel Pool.

Consequently, the fundraising had to finish before the council's annual plan review in January 2018.

''We need to have what the community are prepared to pledge prior so the council can lock it into their budget and then we'll have a project.''

If everything went to plan, the build would begin in 2018 to be complete in November 2019.

The size and number of pools in the facility would depend on how much the community donated.

At a Mosgiel Community Board meeting on Tuesday, Mrs Mosley said research revealed the community was willing to give up to $7.5million for the project.

''The community might get right behind it and say: 'No we want even better than that and we are going to find $10million','' she said at the meeting.

Council acting group parks and recreation manager Tom Dyer said at the meeting he had met trust members and discussed determining a site for the facility and the milestones the trust and council needed to meet.

''We'll continue to work with the trust and we should see some meaningful progress over the next few months,'' Mr Dyer said.