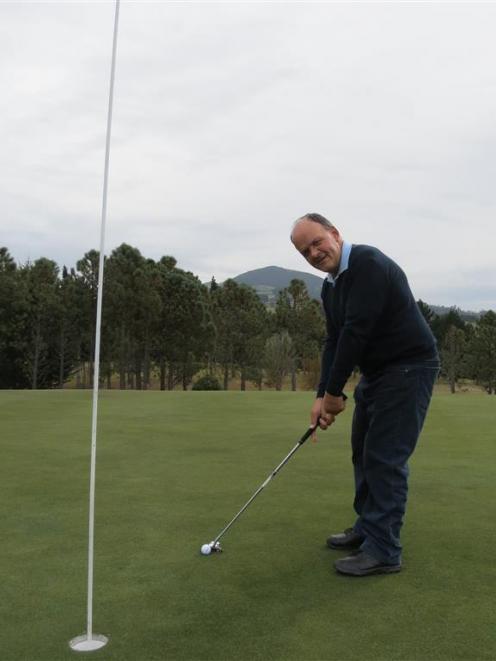 Organiser Peter Bezett said the annual Anzac tournament, on Sunday, April 24, was expected to attract a full field of 72 golfers.

‘‘It's one of the major fundraising events for the club,'' Mr Bezett said.

‘‘It's a Stableford format, both men and women.''

There would be a nearest to pin competition on the 14th hole, as well as a paddling pool set up and any player who got the ball in the pool would receive $100, he said.

There would be a good level of competition at the tournament, which had attracted some well-known names in the past.

Mr Bezett hoped to have more out-of-towners competing this year by holding the tournament on a Sunday.

‘‘It gives them a chance to travel and stay somewhere, then go home on the Monday.

‘‘It's usually a pretty late night for some of them.''