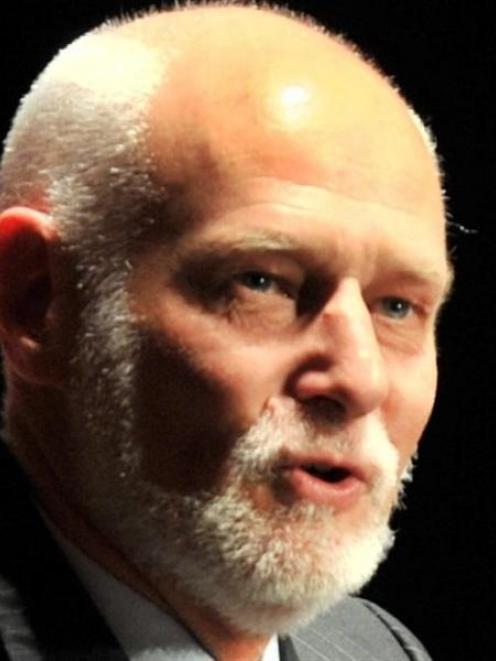 Mr Hodgson made the comments after looking over documents released to the Otago Daily Times under the Official Information Act by the Ministry of Business, Innovation and Employment (MBIE).

Minister of Science and Innovation Steven Joyce said the documents showed he had followed up on his commitment to ''thoroughly test'' AgResearch's proposal.

The 11 documents - which date from July last year to last month - show the Government was deeply involved in AgResearch's plan, receiving advice from MBIE and Treasury before in March approving ''in principle'' its plan to shift about 80 jobs from Invermay north to a ''Lincoln hub''.

They showed both Treasury and MBIE also supported AgResearch's plans, but in the documents MBIE repeatedly warned of the risks of staff refusing to move and being lost to New Zealand science.

The documents showed the Government was enthusiastic about AgResearch's Future Footprint plan and its involvement in a ''Lincoln hub'' - and Mr Joyce talked up the benefits of science hubs in a brief to a Cabinet committee this year.

''I consider there to be sufficient potential benefits for New Zealand from the investment in the two innovation hubs [in Lincoln and Palmerston North], including enhanced collaboration, improved education outcomes, increased knowledge transfer and cost efficiencies,'' Mr Joyce said in the document.

However, Mr Hodgson, who prepared the Dunedin City Council's submission on the AgResearch restructuring, says a document from September showed Mr Joyce was beginning to question his support for AgResearch's plan.

The document - echoing statements earlier made by MBIE - said Mr Joyce's ''main concern'' was over the potential ''loss of key staff [to New Zealand] through the change process''.

In order to address this concern, the minister was seeking ''full justification of the moves'', staff retention estimates and the names of ''key staff'' likely to be lost to New Zealand if the plan went ahead.

Mr Hodgson said this showed Mr Joyce's support was wavering, in part due to pressure from regional leaders and ''no doubt by a bit of pressure from elsewhere in the National Party''.

''He's now starting to wonder whether he has got the story right. He is asking pretty good questions,'' he said.

Mr Hodgson said the documents also made clear the Government would need to give AgResearch's plan final approval, which gave Mr Joyce the power to change the proposal.

''If the board is foolish enough to go ahead with the plan as arranged, then it falls to the minister to agree or disagree with that decision.''

Mr Hodgson was concerned there was ''nothing'' in the documents about how AgResearch's proposal would ''destroy'' an existing hub in Dunedin.

In response to questions about the documents, Mr Joyce reiterated it was up to AgResearch's board to make final decisions on its Future Footprint plan.

''However, as advised previously, I have made it clear that I expect to be consulted and I have undertaken to thoroughly test those plans; and you can see that from the documents you have been provided,'' Mr Joyce said.

He said his ''most significant'' concern was still around staff retention and he was being kept informed by AgResearch ''about developments in that area as their plans develop''.

He continued to be an enthusiastic supporter of the scientific hub concept, and the ''Lincoln hub'', but pointed out the ''Lincoln hub'' was not dependent on ''any particular configuration of AgResearch's research groups'' and involved other organisations, including Plant and Food Research and Landcare Research. He said there had been failed opportunities to develop a hub around Invermay.

''Unfortunately, Invermay, for various reasons, has not developed as its own hub to this point, because of changes in approach and different location preferences by various players who had planned to locate at Invermay, including Otago University.

''However, the development of AgResearch's plans have led to considerable discussions about the opportunities for Invermay and I look forward to hearing more about those.''