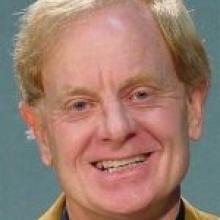 Darrell Latham
A senior staff member at the University of Otago College of Education warns the success of new national standards in schools may be at risk if the Government does not delay implementation of the initiative.

Draft standards were released for consultation last month and will be published in October.

It is expected they will be implemented in schools at the start of next year.

The New Zealand Educational Institute and the Canterbury Principals Association have already called for a delay, and now University of Otago College of Education Professional Education Services manager and senior lecturer Darrell Latham has joined the call.

If national standards were to be introduced, adequate time needed to be given to allow schools to take the initiative on board, Dr Latham said.

"Schools are already under pressure preparing for the implementation of the national curriculum at the start of next year."

Otago Primary Principals Association chairman Steve Hayward said his option "B" would be to support the delay also.

However, his option "A" would be to abolish the initiative altogether.

Mr Hayward said about 90% of New Zealand primary schools already used a range of tests to check pupil development which were recognised nationally and internationally.

"If they are looking to improve children's education, there are other things that are more important to spend money on."

Dr Latham said the call for a delay in the implementation of national standards ironically came in the same week the Education Review Office (ERO) chief reviewer Graham Stoop questioned the quality of teachers' professional learning and development.

Dr Latham said he found it "somewhat contradictory" that the recently released ERO reports found the key challenges faced by schools included taking on too many professional development programmes or initiatives at one time.

"Likewise, a key finding of a recent, much lauded, synthesis on teacher professional learning and development noted that teachers need to have time and opportunity to engage with key ideas and to integrate them into their practice and that the continual shifts undermine the sustainability of changes already under way.

"I really think that it would be wise for Anne Tolley and the Ministry of Education to reflect on the advice of their own chief review officer and allow schools the opportunity to get their heads around these changes and to allow sufficient implementation time for the new standards.

"We know changes are coming. However, given the inherent risks associated with national standards, at least give schools time to do the job properly," he said.