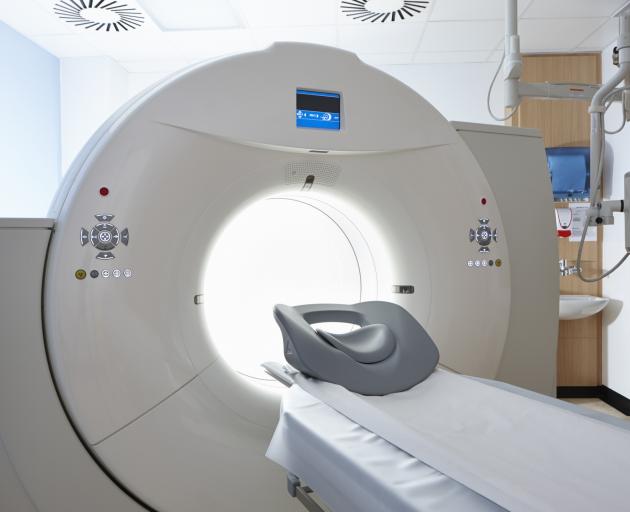 PHOTO: GETTY IMAGES
The Southern District Health Board, which is already on the lookout for a new MRI machine, may add two new CT scanners to that purchase.

Board chief executive Chris Fleming told a board hospital advisory committee meeting yesterday that, following a direction from the board, he had been pricing a new MRI for some weeks now.

However, it appeared the best option cost-wise for the board might be to bring forward the replacement of two ageing CT scanners — purchases planned for next year — and buy them at the same time as the MRI machine, from the same vendor, he said.

"The machine that they were recommending we buy, if purchased alone, was significantly more than the alternative option of purchasing as part of a package of three," he said.

"We have a new CT scanner already coming to Dunedin but we also have two other CT scanners which were due for replacement in capital budgets this year, so we are trying to get the best and final price to buy all three."

Mr Fleming is likely to seek board approval to bring forward the purchase of the additional CT scanners at a meeting today.

The board’s recently purchased CT scanner has now arrived in New Zealand and specialist services executive director Patrick Ng said he hoped, Covid-19-willing, it would be commissioned and installed this month.

"The additional capacity provided by the second CT in Dunedin should set us up well for progressively working towards achieving the ministry target in the coming months."

The Ministry of Health sets a target that 95% of CT scans are completed within 42 days; in July Southland Hospital achieved 97.3% but Dunedin only managed 69%, a figure which, while below target, was an improvement.

Reduced demand and better management of resources were behind an overall performance figure of 81.7%, Mr Ng said.

MRI scanning, a perpetual area of underperformance for the SDHB, was again well below the ministry’s target of 85% of scans being completed within 42 days.

Southland Hospital achieved 70.8% in July and Dunedin Hospital just 39%, a figure which underlined the importance of getting a second scanner in Dunedin, Mr Ng said.