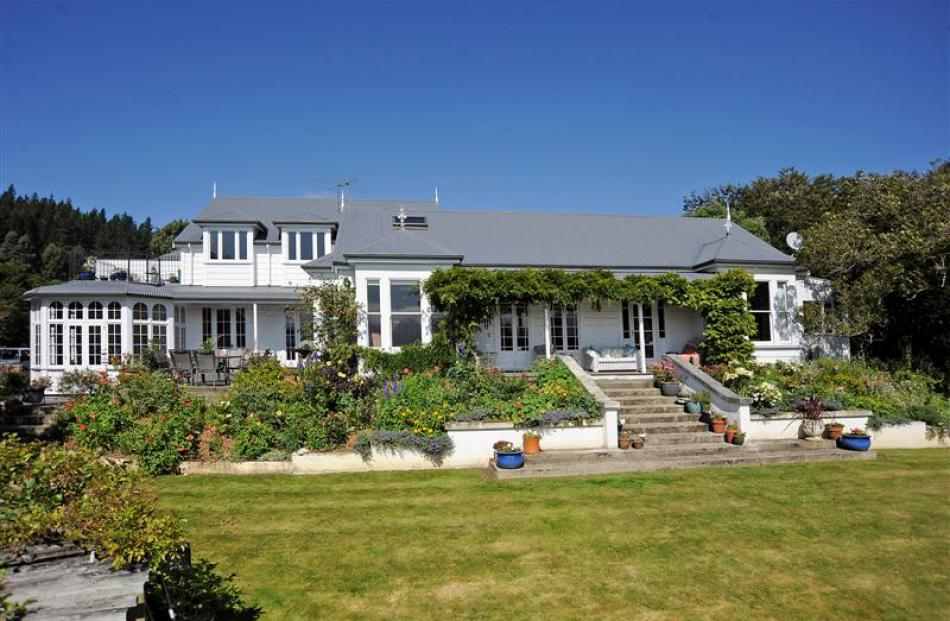 The owner of a historic Dunedin estate is calling time.

A former holiday home which once belonged to the Speight brewing family is being offered for sale.

The Broad Bay home was built in 1918, as a summer retreat for Charles and Jessie Speight and their five children.

Mr Speight was the son of James Speight, who founded Speight's Brewery in 1876 with partners William Dawson and Charles Greenslade.

The property, at 13 Waikana St, includes four bedrooms, a study, three bathrooms and a double garage with internal access.

The 0.3ha grounds include an established garden and croquet lawn.

The property was bought in 1997 by Sue More and her late husband, Adrian, who extensively renovated the house.

Mrs More also converted a garage into antique and collectables business, Broad Bay China, which is included in the sale.

''I am sad to be leaving, but I want to spend more time with my five grandchildren in Wellington. So I'm going to move to somewhere a bit smaller in Dunedin,'' Mrs More said yesterday.

''It will be hard to leave. It's been a lovely place to live. The people here are lovely and my customers are lovely, too.''

Broad Bay China would continue trading in the interim, she said.

''I'm still buying and selling and hope to sell the shop as a going concern.''

The property, which is listed with Bayleys Real Estate Dunedin, has a rateable value of $1.04 million and sale price of $1.3 million.