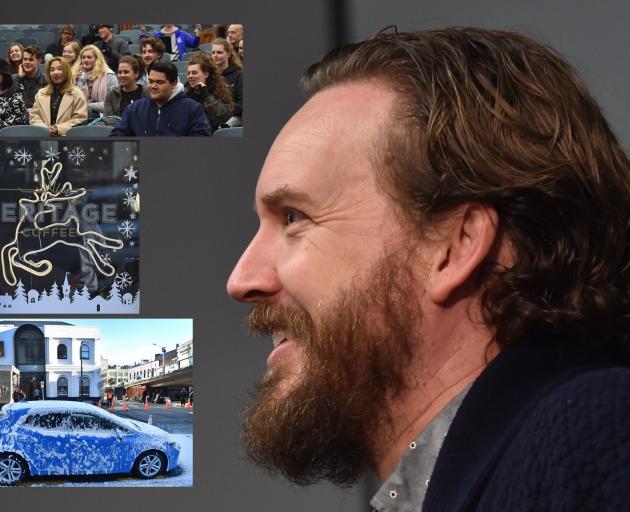 Black Christmas producer Adam Hendricks told his story and riffed about films during a free talk at the University of Otago on Friday night.

The American movie has been filming in Dunedin since late last month.

Mr Hendricks was asked about developments in the horror genre and how it could be used to explore political topics.

Movies like Get Out, which was produced by the same company, Blumhouse Productions, were able to wear subtexts like racism on their sleeves, he said.

Horror could be the "best way to sugar-coat the pill", he said.

Black Christmas was filmed around the city including on the University of Otago campus.

It would explore themes of "rape culture", he said.

"I'm really curious about how the world takes it all in. I think it's going to surprise a lot of people, but I think that it is incredibly overt about its politics."

"You have a setting, a sorority house with sisters, you've got a killer on the loose, that's kind of it.

"Within that kind of framework, what can you do with it?"

His team explored what a remake meant and whether it could be more about the "themes and tone".

Mr Hendricks was asked about his journey to becoming a film producer.

He reiterated the need for people to keep practising craft in any way possible to create opportunities.

"I feel that I'd been banging my head against the same wall for years and one person gave me a chance."

The original Black Christmas was released in 1974 and is seen as influential in the slasher genre.

The new film will be released by Universal Pictures on December 13.