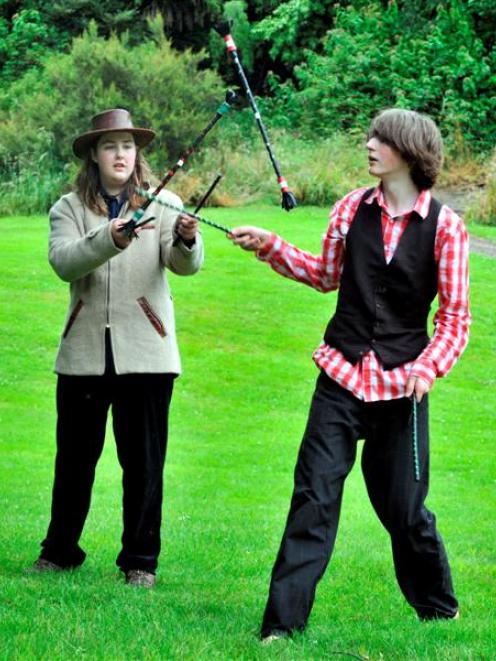 Hundreds of music-lovers are expected to descend on the Waiora Scout Camp for the 39th annual festival this week, come rain, hail or shine.

''We're hoping to get a good crowd out here over the week,'' festival director Bernadette Berry said as the first wave of campers arrived.

A focus of the four-day festival was on learning and collaborating, Ms Berry said, with a string of music and dance events, a songwriting showcase and costume and instrument-making workshops, as well as a children's programme, which includes circus toy and kite-making workshops and story-telling sessions.

''It's a very varied programme. There are always lots of different things on,'' Ms Berry said.

''And the weather's always good out here,'' she added, with a smile.

The festival of concerts, workshops and performances has been run at the scout camp by the New Edinburgh Folk Club since 1975, and draws international and national artists and audiences.

The New Zealand line-up this year includes the Remarkables, of Auckland, Into the East, of Invercargill, Polytropos, of Wellington, and 14-year-old Oamaru guitarist Joseph Balfe.

A highlight of the festival is the children's music concert at 7.30pm on Thursday, before the festival wraps up on Friday.