The IRBs, commemorating a century of surf life-saving in New Zealand, safely crossed Foveaux Strait yesterday and stayed overnight at Mason Bay on Stewart Island, with intentions to get to Porpoise Bay, near Waikawa in the Catlins, today.

While the two IRBs expect to be able to punch into the north swell with relative ease today, lone kayaker Tim Taylor remains stuck in Dunedin in his separate 5500km circumnavigation of New Zealand, awaiting safer kayaking conditions before resuming his southern route.

The IRB party of six left Auckland on January 5, headed north and rounded Cape Reinga before going down the North Island's west coast, across Cook Strait and on to Milford Sound.

They had to shelter in Breaksea Sound because of the bad weather for two days before they headed to Preservation Inlet, then made their next landfall at Oreti beach, Invercargill, on Saturday.

Foveaux Strait on a bad day is considered one of the most dangerous passages in the world, but driver Blake Ingram said from Stewart Island yesterday that the six-hour crossing from Oreti beach to Mason Bay by 3pm was was "relatively flat"' with a rolling 2m swell and otherwise "favourable" weather.

"The Bluff coastguard boat accompanied us over, which was really great," he said.

He expected the journey to continue uninterrupted as short-term forecasts were for northeast winds today, turning northwest tomorrow, with manageable swell conditions.

The team planned on leaving Mason Bay this morning and round the southern tip of Stewart Island to head north make its next landfall at Porpoise Bay in the Catlins later today.

Support member Emma Darwen, of the Mairangi Surf Lifesaving Club on Auckland's North Shore, said from Stewart Island yesterday she hoped kayaker Mr Taylor (24) would find improving conditions and the separate circumnavigations could "cross paths at sea" and briefly meet one another.

While the less than 4m IRBs and their 30hp Mercury outboard motors were reported to be performing flawlessly, the six lifeguards found holding on to the lightweight boats for up to 14 hours was straining their shoulders, NZPA reported.

Surf lifeguard Ash Matuschka said: "Our bodies are taking a bit of a beating.

They are small boats and it only takes a little bit of a chop before you start getting thumped around and beaten up by them.

"It's something we weren't expecting to be quite as bad as it has been," he said.

The problem has been eased by daily physiotherapy, he said. 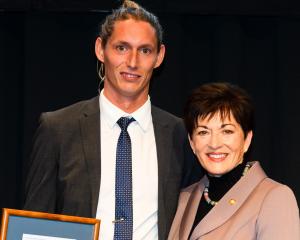 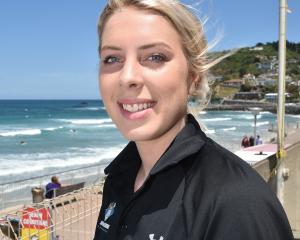 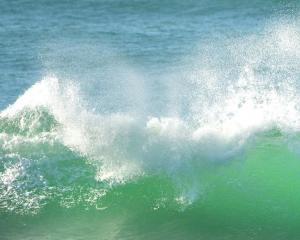 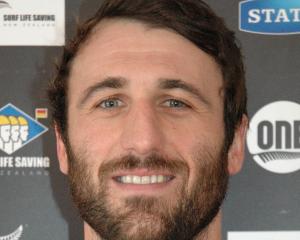 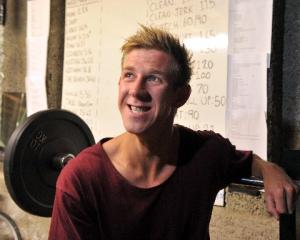 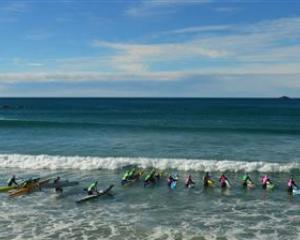