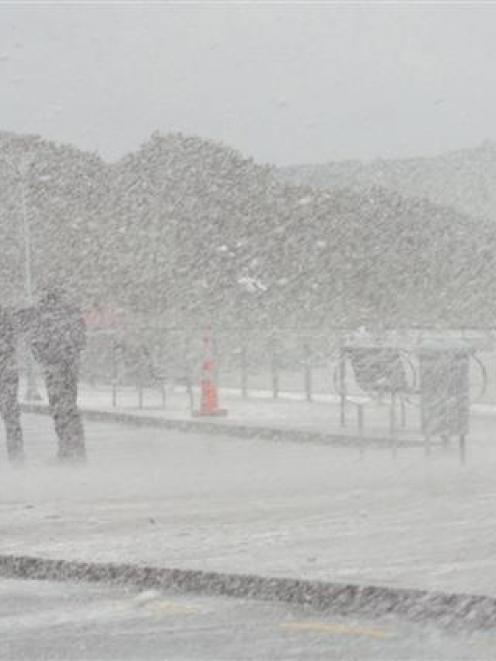 While forecasters had predicted snow for Dunedin hill suburbs, it was a dirty foam which greeted visitors to the seaside suburb.

Huge waves - backed by strong easterly winds - caused the churning foam to smash against the Esplanade sea wall and over the road.

''You have to be careful with algae, and it is good practice not to go through it.''

St Clair Beach Resort operations manager Stephanie Pimer said the feedback from guests was that the foam and associated spray was ''just incredible''.

The council's website said samples had been tested for faecal contamination in the past, tests usually showing very low concentrations of bacteria. Dunedin City Council's roading maintenance engineer Peter Standring said the sea wall had held up to the high tides so far, but the king tide was still to come today.

It was hoped the work done to protect the bottom of the wall would be effective and not get washed out. It was being monitored closely as the tides came and went.