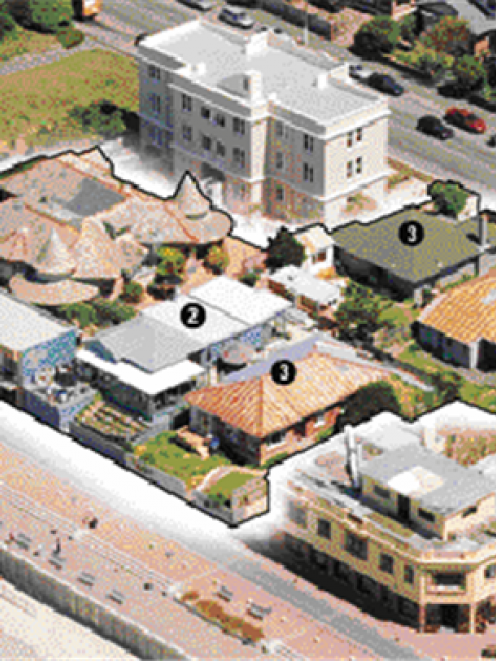 Mr Chittock placed his three development companies, White Island Investments, White Island Properties and St Clair Village Hotels, into voluntary administration in August as he worked through financing options, but days later the receivers of collapsed South Canterbury Finance exercised a right to force the companies into receivership; over a $1.5 million debt.

The portfolio of properties for sale have a combined value of $4.4 million and cover a total 2739sq m footprint, made up of the restaurant and three private residences, plus the the seven-unit Esplanade Motels and Apartments complex, which has not sold yet.

Colliers International director Stephen Cairns said the company was in talks with "several parties" over the motels and apartments.

During the voluntary administration process it was estimated Mr Chittock's liabilities stood at $5 million against assets of $5 million.

Receivers, Insolvency Management of Dunedin, have said recently proceeds of the property sales would be distributed to secured creditors, such as the mortgage holder and secured business creditors. Their first report in the receivership is not due to be released until later this month.

During the past 15 years companies of Mr Chittock purchased or held interests in up to nine of 16 properties (five commercial and 11 residential) within the Esplanade block. He sold his share in the newly-built St Clair Beach Resort boutique hotel recently, and in early 2009 sold the 12-apartment Majestic Mansions block in Bedford St which he had redeveloped; both for undisclosed sums.

• Swell was purchased by Thai restaurant chain operator Murray Macarthy, who has 12 other outlets, but there are no immediate plans to redevelop the beachfront eatery.