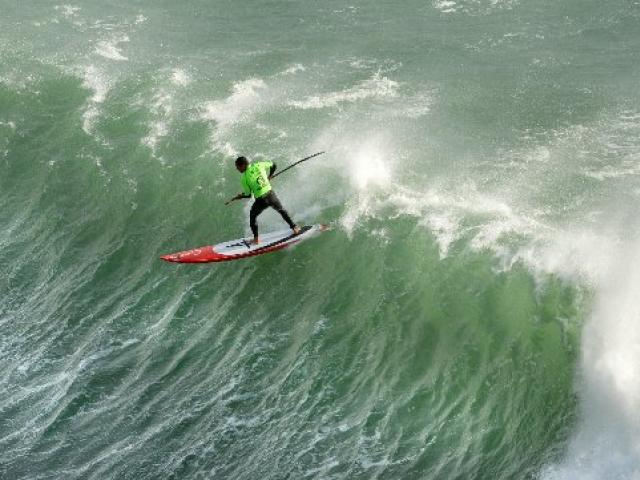 A surfer will go anywhere to get a good wave. Even on a chilly Dunedin day.

St Clair Surf Life Saving Club members say a new access ramp to the beach is even better than what they had before.
A fatal shark attack 50 years ago will be remembered at St Clair Beach this morning.

A decision on how best to protect St Clair beach and the sea wall will be based on expert engineering advice and not ''expert public opinion'', Dunedin Mayor Dave Cull says.

As the cost of plugging the gap under the St Clair sea wall spirals past $300,000, Debbie Porteous' thoughts turn to sand.

The Dunedin City Council is cutting its losses but still faces a six-figure bill for repairs to the St Clair sea wall, after agreeing to share costs with the company responsible for the project's design.

Lifeguards are praising the behaviour of swimmers as the city's beaches prove popular on hot summer days.
Work to remove a damaged seawall ramp and stairs at the Esplanade at St Clair and construction of replacement beach access will not take place before the summer.

The Dunedin City Council and engineering consultants CPG have reached a settlement on who is responsible for the replacement of damaged sea wall ramp and stairs at St Clair.

Dunedin City Council staff are to meet the company it believes responsible for a failed ramp and steps on the sea wall at St Clair, optimistic a settlement can be negotiated this month.

The Dunedin City Council has heard nothing more from the company it believes is responsible for the St Clair sea wall repair bill, but says a negotiated settlement, rather than court action, remains the goal.

More than $2.4 million has been raised from sales of St Clair developer Stephen Chittock's property assets within the Esplanade block.

A damaged ramp at the Esplanade in St Clair will remain closed, as the Dunedin City Council attempts to discover who is responsible for a construction unable to stand the tests of time and tide.

Thundering seas slammed into the St Clair sea wall in Dunedin yesterday, as heavy weather and a spring tide combined to put on a drenching display of the power of nature.
Dunedin Mayor Dave Cull will consult the families of victims of fatal shark attacks off the Dunedin coast in the 1960s and 1970s, before it is decided if a memorial plaque is appropriate.

One of my favourite Gary Larson cartoons is of two enormous great white sharks eyeing up two small scuba divers. One shark says to the other, "Don't eat the hard bits on their backs - they...

It may not have lasted, but Dunedin sweltered in a brief but glorious morning of summer yesterday, before normal service resumed.

Wind and swells uncovered rubble along the sand dunes at St Clair beach during the weekend.