Inquiry rejection a 'slap in the face' 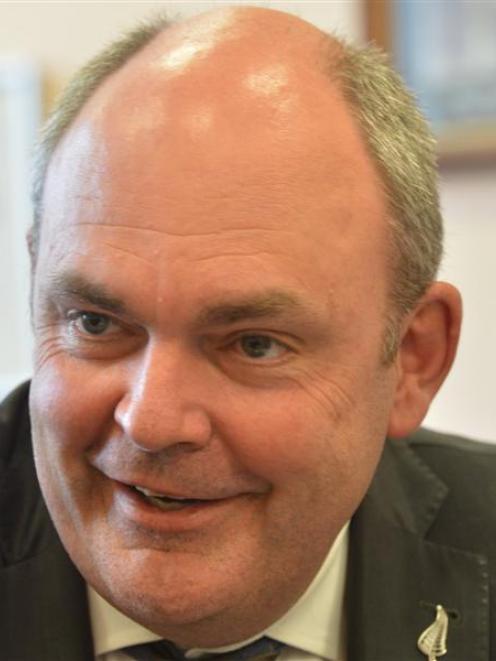 Steven Joyce
The rejection of a call for an independent inquiry into AgResearch's restructuring plan has been called a ''slap in the face'' to the people of Otago and Southland.

This comes after Science and Innovation Minister Steven Joyce yesterday rejected a call to hold an inquiry after a motion calling for one was approved at a meeting held by sheep breeders in Gore on Wednesday.

Dunedin North Labour MP David Clark said Mr Joyce's rejection was a ''slap in the face'' to people of the South and farmers.

In rejecting the motion, Mr Joyce was ignoring the ''substantial concerns'' about AgResearch's plan to slash Invermay jobs.

Mr Joyce said it was ''not my intention to call for an independent inquiry''.

''AgResearch is going through a process of further consultation with its stakeholders and Wednesday's meeting was part of that.

''I am sure the views of those who attended were heard and will be properly considered,'' Mr Joyce said yesterday.

One of the challenges AgResearch faced was the level of investment they received from the red-meat sector, he said.

''An increase in investment with AgResearch would help to make the case for more investment at Invermay and elsewhere,'' he said.

He rejected comments made at the meeting that the Government was not providing enough funding for agricultural science.

''The primary sector has far and away the most money spent on it by government.''

This comes as AgResearch continues to push ahead with its Future Footprint Plan, announcing this week more than half of the $100 million it planned to spend upgrading its facilities would be spent at Lincoln.