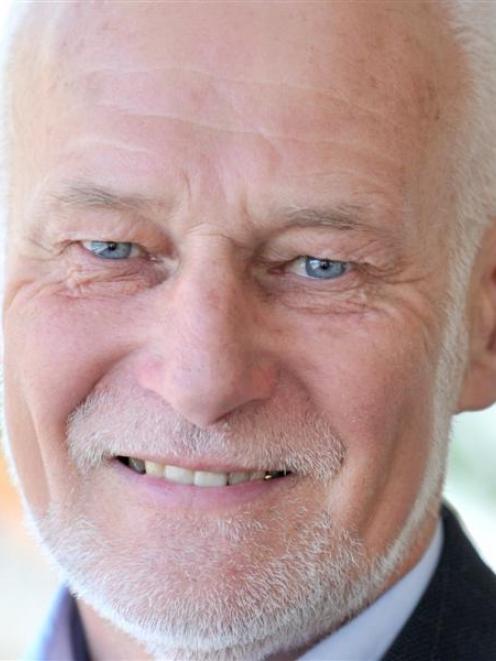 Pete Hodgson.
A final decision on AgResearch's plan to slash jobs at Invermay will be made in ''the next couple of months''.

After repeatedly declining to say when a decision would be made, an AgResearch spokesman said in a statement yesterday it would confirm its plans ''in the next couple of months to enable the design phase to commence''.

''However, we do not have a definitive date yet,'' the spokesman said.

''If there are changes, we will let our staff know first, and we will then be in contact with our stakeholders.''

AgResearch did not comment on specific staff who had left because of the plan, but knew ''the changes we are making are challenging for many of our staff, and we are taking their concerns very seriously''.

''The fact that they are proposing a decision time is really encouraging and the fact they are hinting at the possibility of [making changes] is also encouraging.

''I think there might be some change afoot,'' he said.

It was now important AgResearch made the right decision, which meant fully reversing its plan to slash jobs at Invermay as recommended by its own change management team.

Having a timeline also meant it was more important than ever for those against the plan to speak up, he said.

This meant signing the petition against slashing Invermay jobs and getting in touch with Government ministers.

It was especially important for farmers to make their position, whether it for or against, known to AgResearch and the Government.

AgResearch made the statement over a final decision in response to questions about the revival of a vote of no confidence in its board and management, which was left to lie on the table at a meeting in Gore last month.

Southern Texel Breeders chairman and meeting organiser Hugh Gardyne said the motion was being revived because AgResearch had ignored its concerns, including that

scientists would quit rather than shift and over the loss science capability in the South.

AgResearch's disregard of the concerns raised at the meeting was typical of its ''blind adherence'' to its restructuring process, ''almost ignoring anyone that disagrees with them'', whether farmers or current and former AgResearch staff.

The revived motion would be emailed to those who attended the meeting and a result is likely to be released soon after.