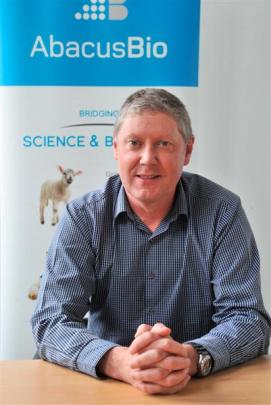 AbacusBio managing director Neville Jopson says Dunedin has an agricultural science hub, which is particularly strong in the area of genetics. 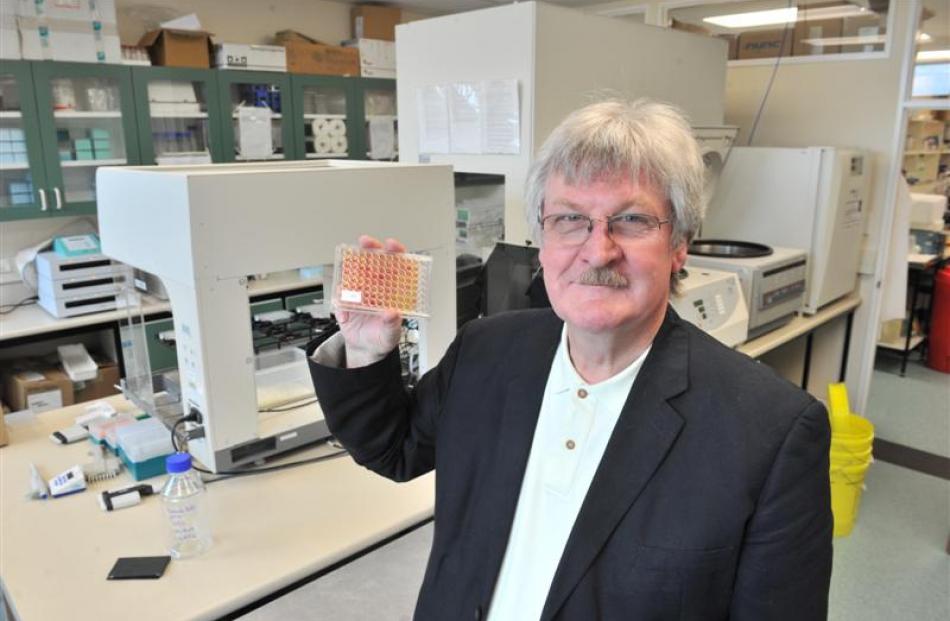 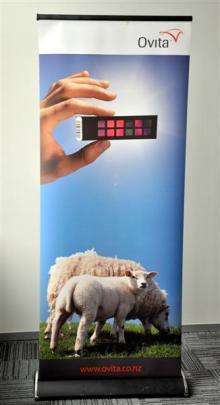 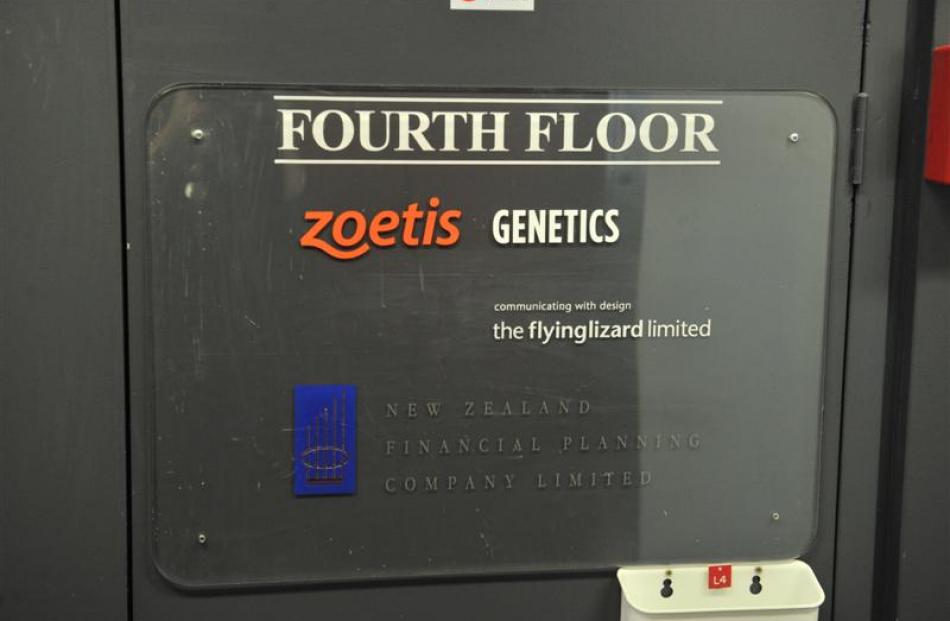 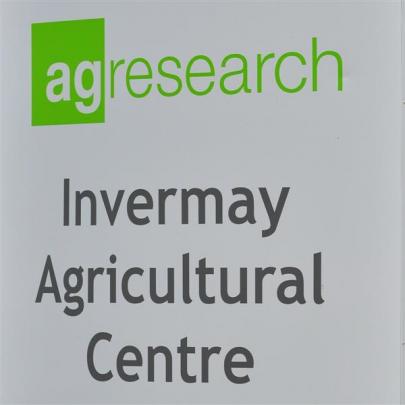 Opponents of AgResearch's plans for a new research hub at Lincoln say it will come at the cost of a vibrant existing agricultural hub centred around Invermay. Otago Daily Times reporter Vaughan Elder takes a look at some of the key players in this so-called Dunedin hub.

''Our submission describes this hub, with Invermay at its centre. It has no name or identity. It just is.''

Through this hub, Dunedin had made major contributions to New Zealand's farming sector, including identifying the genetic basis for a doubling of productivity in the lamb industry.

The hub involved many departments at the University of Otago, 32 staff at AbacusBio, which brings scientific discoveries at AgResearch to the ''farm gate'', staff at Zoetis, formerly called Pfizer Animal Health, and also research funder Ovita.

''Though it is difficult to quantify, we estimate this hub to comprise somewhat over 100 full-time-equivalent staff, '' Mr Hodgson said.

AbacusBio managing director Neville Jopson agreed that what went on in Dunedin effectively formed a hub.

''Hub is a loaded word with the Government, because they are trying to set up these hubs [in Lincoln and Palmerston North], but yes I think there is [a hub in Dunedin].''

''If you were setting it up you might do it differently and it's probably a little bit fragile, but there is kind of a critical mass there.''

The strongest link between Abacus Bio, which had been steadily growing in recent years, and AgResearch, was through genetics and applying ideas developed at Invermay to the farm gate.

''Abacus is at the very applied end of things, so we tend to work with farmers and end users, like meat companies.''

''Lambs, for example, needed to survive, needed to produce meat, have not too much fat. Genetically we select for all of those things.''

It also worked with companies, including Dairy NZ, Beef and Lamb NZ and Alliance Group.

In the short term, shifting jobs away from Invermay could create opportunities for growth at Abacus Bio, but he had worries about the long-term implications.

''If anything, there is probably some short-term opportunities for us. With AgResearch we have a really good relationship, but it is complex, because in some areas it is a little bit competitive in the applied space,'' he said.

However, the potential loss of expertise, with people choosing not to shift from Invermay, created ''uncertainty'' for the future.

''It all comes down to people. If [scientists] don't go, then they have got to find people to replace that.

''You can advertise and fill positions, but how long will it take to recover from that?''It would also make it a little harder for its staff to collaborate with AgResearch staff.

''For us it's really convenient to be able to come across the hill, just drive across and have meetings and things like that.''

It was possible some staff who decided not to make the move from Invermay could be employed at Abacus Bio.

''But you also have to think, we are a firm of, at the moment, 32 people and managing growth is difficult.''

The council's submission also focused on the link between AgResearch and the University of Otago, especially in the genomics area.

In the submission Mr Hodgson explained how animal genetics capability grew at Invermay largely due to its link with the university, saying it was ''as strong today as it has ever been''.

''It drifted to Invermay from the late '70s, but especially after about 1985, for one reason; the establishment of the molecular biology unit at Otago University, by Prof George Peterson.''

''It involves many academics in many departments, mostly in the school of medical sciences - anatomy, biochemistry, microbiology and immunology ... but also in mathematics/statistics etc.''

Otago University disease research laboratory director Prof Frank Griffin, who has collaborated with researchers at Invermay for almost three decades on solving animal health problems, mainly in the deer industry, said Invermay had been an ''excellent resource'' for his research.

''We have the longest standing collaboration with AgResearch in the country ... and that's gone on since 1985 continuously.

''We have been able to do a fantastic amount of work for the last 30 years with Invermay,'' Prof Griffin said.

Much of the collaboration centred on the fact Dunedin was home to the best animal geneticists in the country.

''If you combine [Abacus Bio, Invermay and the university] we have the potential to do absolute world-leading ... research.''

''That will be completely eroded if we move that capacity from Invermay.''

Rather than shrinking Invermay, AgResearch should be investing further in the facility.

''My argument is that we should be rebirthing Invermay, because, in fact, what we have had is 20 years of of degradation of the whole core science facility.''

Former Invermay employee Bernie McLeod, who was made redundant in 2010 when the possum research unit he led was dismantled, said having access to Otago University's expertise and equipment was important. He worked at Invermay for more than 20 years.

''I collaborated right from the very start with people in the Anatomy Department, Physiology Department, School of Pharmacy and Biochemistry.''

This was ''very big'' for exposing students to what went on at AgResearch.

''It gets students exposure to the research that's being done in agriculture and is also training people who later on might be stupid enough to work for AgResearch.''

His work in the field of animal reproduction meant having access to the expertise in the Anatomy Department, which also included microscopy, was important.

''They are leading edge in that area of looking at aspects of reproduction at a cellular level. None of that exists in Lincoln, incidentally.''

''For example, one of our staff decided to go ahead and do a doctorate, and so her PhD studies were run by Otago University, but jointly supervised by staff at Invermay,'' Dr Davis said.

He said the knowledge transfer between the university and Invermay would not be able to be replicated at Lincoln.

''I hate to say it because I am a Lincoln graduate myself, but Lincoln these days just doesn't have the depth and expertise in the animal research field that would complement what was being done here at Invermay.''

Dr Davis also said much would be lost by losing links with local farmers.

''For me ... the hub and interacting with other organisations was not really such a key factor for the work that I did, it was really [having close] proximity to the farmers and getting feedback from them.

''Because it's not all one way. Ultimately, a lot of the ideas come from the farmers, rather than the scientists,'' he said.

Zoetis, a global animal health company which delivers medicines and vaccines, has a genetics office based in Dunedin.

A company spokesperson said it contracted GenomNZ, which is an AgResearch lab based at Invermay, to provide a genotyping service for its sheep genetics business,''They unravel DNA sequences to help improve productivity of New Zealand sheep and cattle farms.''

It also worked with the AgResearch genetics research and development team to commercialise sheep DNA products.

The spokesperson declined to say how many staff were employed at its Dunedin office.

Key players in Dunedin's agricultural science hub
Invermay
AgResearch's Invermay campus, located near Mosgiel, houses about 115 staff. Described as being the ''centre'' of Dunedin's agricultural research hub, it is a base for animal productivity research. In it's ''future footprint'' plan AgResearch plans to cut about 80 jobs from the facility, with it continuing as a ''regional campus'' focusing on environmental and farm systems.

AbacusBio
AbacusBio is a steadily growing business, which employs 32 staff. Its work centres around bringing ''basic'' science to the farm gate. Its main link with Invermay involves taking ideas developed at the facility and applying them to improve farming practices. This includes using genetics to help farmers select stock.

Zoetis
Zoetis, formerly called Pfizer Animal Health, is a global animal health company which has a genetics office in Dunedin. It contracts Invermay to do genotyping for its sheep genetics business and works with AgResearch's genetics research and development team.