The incident happened outside Farmers on George St, where contractors were working as part of the Dunedin City Council’s $28 million upgrade of the central city.

The geyser, which was visible from much of central Dunedin, flowed for about half an hour, from about 3.20pm to about 3.50pm.

The water entered Farmers, apparently through the roof of the building.

Staff could be seen rushing to move stock in the cosmetics department. 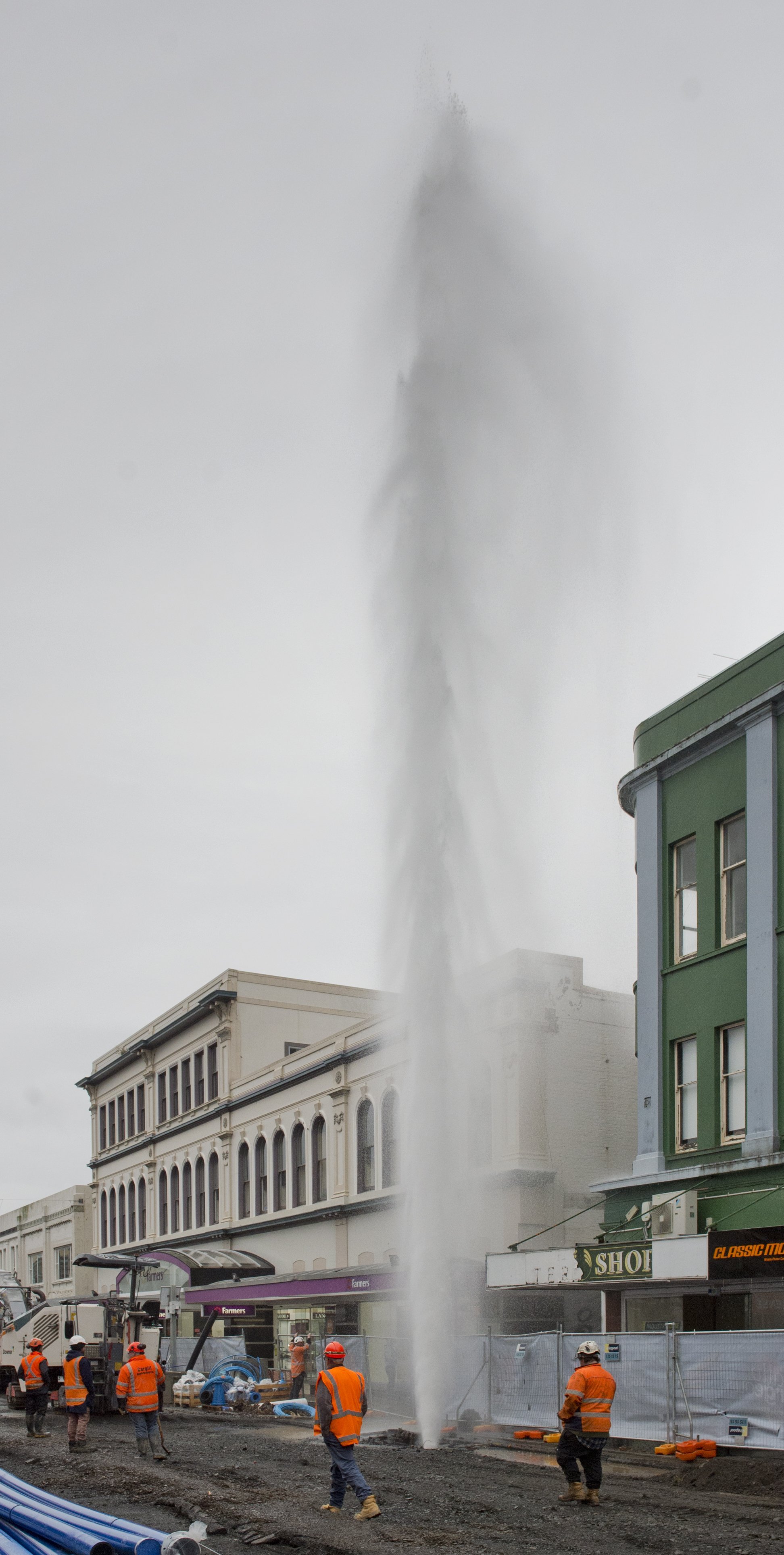 A high-pressure stream of water reaches towards the heavens in George St after a fire hydrant was clipped by a digger. PHOTO: GERARD O’BRIEN

Crews of workers clad in hi-visibility vests could be seen scrambling to stop the flow.

In one unsuccessful attempt, crews attempted to use a digger’s bucket to catch the water and stop it spewing skywards.

It appeared a fire hydrant had been clipped, he said.

A council spokesman the cause of the incident was not yet known but would be investigated.

Early last month a 34-year-old woman was taken to Dunedin Hospital in a serious condition after getting an electric shock while working on the upgrade of Dunedin's main shopping street.