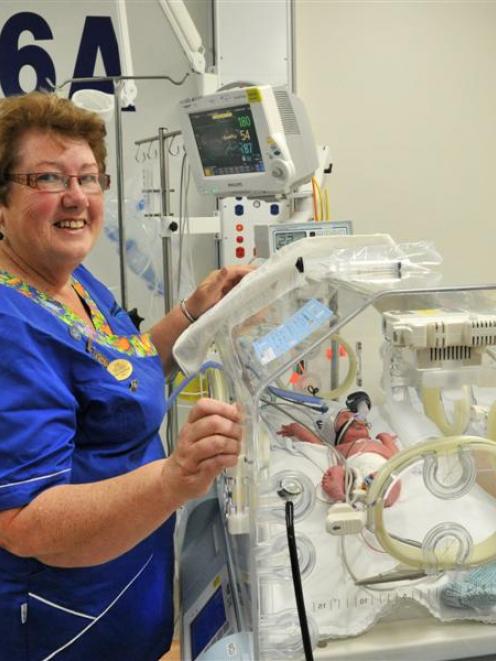 ''Easy, easy, easy: getting this wonderful new unit. It's been amazing.''

Leaving Nicu's cramped and unsuitable former home for the purpose-built unit at the end of 2013 was a turning point.

Now, the ward is settled, and Mrs Seuseu, who turns 65 soon, is able to walk away satisfied and enjoy a well-earned retirement.

''My intention was once we got our new unit I would leave.

''It was just a matter of settling everyone in, really.''

A nurse in Nicu for 35 years, she had been charge nurse manager for the past 15 years. Over the years the role of family completely changed.

The baby's family was now part of the care team for their newborn. Once, they had not been permitted to touch the baby.

''I can remember back to the days when they were not even allowed in the unit. At visiting hours we would hold the baby up at a viewing window for them,'' Mrs Seuseu said.

She had witnessed huge advances in neonatal outcomes.

The ward cares for babies as young as 24 weeks' gestation.

It has about six that young every year.

It cares for up to 60 babies a year born under 30 weeks' gestation.

The ''immeasurable'' reward was former charges visiting the ward as healthy toddlers after a fragile start to life.

''It is so different to adult nursing. Not only the size of the babies ...

''All nurses are really compassionate, but you do have to have that family empathy.''

She would miss the camaraderie of the neonatal nursing team.

The nurses had been a stable group, and had been hugely supportive of one another.

''I will also miss the babies and their families. It has been a big part of my life.''

Mrs Seuseu had a farewell party at the hospital last week, but is popping in and out to finish tasks until her official last day on May 1.

Mrs Seuseu started her nursing training in Dunedin 48 years ago.