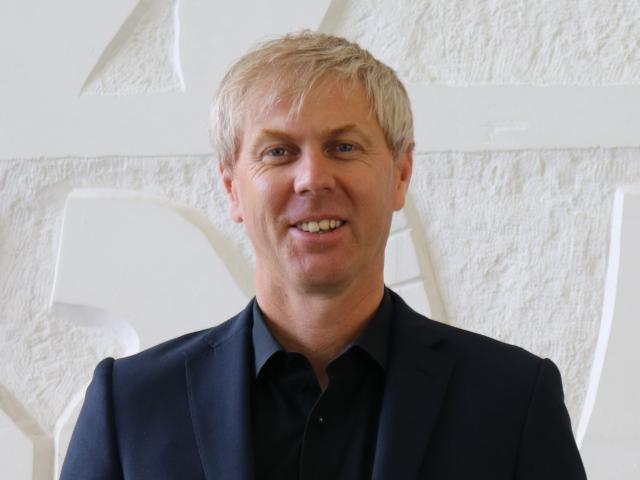 Simon Drew. Photo: ODT files
A plan to alleviate flooding in South Dunedin by diverting wastewater into the Kaikorai Stream during heavy rain has been abandoned.

"We remain committed to reducing both stormwater and wastewater flooding issues in South Dunedin, but we need to ensure the options selected are robust, fit for purpose and cost-effective."

Wastewater from the Kaikorai Valley catchment is piped through South Dunedin to the Tahuna treatment plant, but part of the network is sometimes overloaded during heavy rain.

"This can result in diluted wastewater overflowing from manhole covers, particularly in the Surrey St area," Mr Drew said.

Diverting diluted and screened wastewater from the catchment to the stream had been put forward in 2018 as an interim solution while council managers and engineers worked on a longer-term plan.

The longer-term plan - still on the table - includes upgrading the Green Island wastewater treatment plant and diverting excess wastewater from Kaikorai Valley there through a new, larger pipe.

This was still being investigated and tested against other options, Mr Drew said.

The council had reduced flooding pressures in parts of South Dunedin by installing non-return valves at high-risk properties in the Surrey St area to prevent wastewater from overflowing there.

"We also continue to replace old and leaking pipes in Kaikorai Valley and other parts of the city to minimise the amount of groundwater infiltration into the pipe network," Mr Drew said.

"We share the concerns of residents affected by the wastewater flooding issue and are working hard to try to resolve it."

Greater South Dunedin Action Group chairman Ray McLeod said the group was surprised by a change of direction from the council at such a late stage.

He understood the abandoned scheme would not have provided the benefits the council had thought it might.

Ms Graham said medium-term solutions were being looked into and Mr McLeod took some heart from that.

Mr McLeod said lack of progress on a solution was "grinding away at people’s emotions", although the council had improved its maintenance since problems were exposed in the 2015 flood.

"We will also spend an additional $36.7 million over the next decade on South Dunedin stormwater flood alleviation," Mr Drew said.

The contamination of stormwater with sewage managed by DCC has been happening for years and they have been allowed to get away with it. It’s a pity they couldn’t find design engineers to get their flood alleviation plan right the first time. Never mind, they can always start again and hire some fresh ones - there’s plenty of money in the kitty and if not, just put up the rates. Hopeless!!

I hope the council are looking closely at the latest IPCC report, indicating a half metre sea level rise before 2100, in New Zealand when they consider improvements to infrastructure. This report reads like it is a sure thing, rather than a remote possibility. As such, it is past time to start acting.