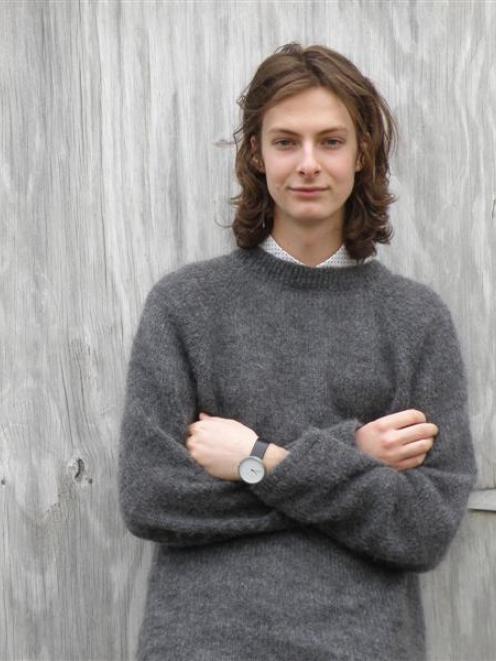 Krue Love, the Gore High School pupil who is the new face of iD. Photo supplied.
Krue Love expected to be seated at his first iD Dunedin Fashion Show, but instead he will be walking the southern hemisphere's longest catwalk.

The Gore teenager was yesterday announced as the fresh new face of iD and will be the star model at next year's anniversary events.

Krue (18) said he had always been interested in fashion and wanted to become a professional model.

''I've never been to iD and it's something I've always wanted to do, but I never envisioned I would be a model at my first show,'' he said.

The year 13 pupil at Gore High School modelled in the last three Hokonui Fashion Design Awards and was excited about being signed to a Dunedin modelling agency as part of the iD fresh face competition.

It was organised in conjunction with Ali McD Aart Agency, through which Krue will receive free modelling classes, photos and a makeover.

He will be signed to the agency for 2014 and will be the signature male model at the iD Dunedin Fashion Show and iD International Emerging Designer Awards in April.

The other nine finalists in the model search may also be signed to the agency, its co-director Darryl McNamara said.

''We were amazed by the talent that came through the doors,'' he said.

''Every one of our finalists has a distinctive face and look that we would love to have on our books. Krue was the standout for us, and we're pleased the public voting supported this,'' Mr McNamara said.

Krue said he was slightly nervous auditioning for the competition and did not expect to be chosen as a finalist, but he was delighted to be told he had won yesterday.

''It's incredible. It's going to be so helpful for what I want to do in the future,'' he said.