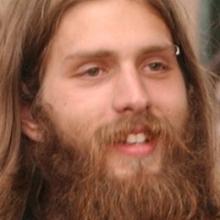 But Mr Wilson said there was nothing he could do to prevent the student general meeting last Thursday being brought to an abrupt end.

Just before a resolution from student Abe Gray, the leader of the Otago chapter of the pro-cannabis group National Organisation for the Reform of Marijuana Laws (Norml), could be voted on, a student called for a quorum count.

The final count was 170 - 27 short of the 197 needed to enable any formal business to be enacted.

Mr Wilson said yesterday he had no choice but to close the meeting.

Asked if he thought the timing of the quorum count was deliberate, he replied: "Yes."

Mr Gray was arrested earlier this month after complaints people were smoking cannabis at a Norml information stand during a student market day.

He has not yet appeared in court.

Last week, he was trespassed from the Union Lawn where Norml holds twice-weekly "smoke-up" protests.

He had lodged two recommendations with the executive both along the lines that OUSA "condemn the actions of Campus Watch and the Campus Cop" for targeting cannabis-using students.

Mr Wilson said Mr Gray was free to put the resolutions on the agenda for the next general meeting, to be held in September or October.

But he said he could not guarantee a quorum count would not be called for at that meeting too.

It was the second general meeting to be abandoned this year because it lacked a quorum.

Mr Wilson said the quorum required was 1% of the total student roll, including students at campuses in Invercargill, Wellington and Christchurch.

Contacted last night, Mr Gray said he was disappointed the resolutions had not been voted upon but would go for ''top of the agenda'' for next meeting.

"A couple of people" on the OUSA executive were "maliciously attempting to undermine the wishes of the student body", he said.

He named one member whom he said was "following a personal anti-drug agenda".