Laniet found it 'not easy' to abstain from sex four days 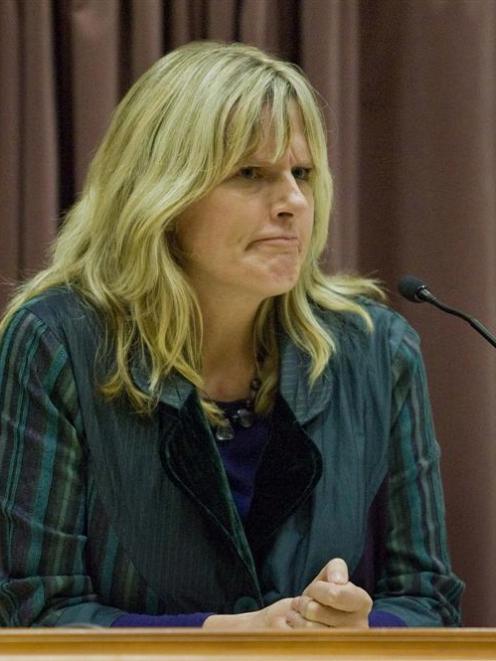 Dunedin GP Marjolein Copeland gives evidence yesterday.
Seven months before her death, Laniet Bain told a Dunedin doctor it was going to be difficult to abstain from sex for four days as the doctor had advised her to do, the David Bain murder retrial jury heard yesterday.

Laniet was calm and business-like but also "on guard". She said she was working as a prostitute and was carrying a large cellphone, which rang just as the witness was about to carry out a pelvic examination.

Dr Copeland said she heard Laniet tell the caller she would not be available for four days as she was going to stay with her father at Taieri Mouth. She interpreted the call as a business call, the witness said.

After examining Laniet, she told her she probably had a sexually-transmitted disease. She prescribed antibiotics and advised her to abstain from sexual activity for four days.

At that point, Laniet's demeanour changed, Dr Copeland said. She became anxious and fidgety and said, "That's not going to be easy".

Dr Copeland said she told Laniet she had overheard the cellphone conversation and her talking about being unavailable for four days as she was going to stay with her father.

Laniet did not appear very happy about that and left the surgery quite quickly, Dr Copeland said.

She saw Laniet again briefly in December 1993 when she came to the surgery without an appointment asking about contraceptives.

David Bain's defence on five charges of murdering his parents, two sisters and younger brother on June 20, 1994, is that his father, Robin, killed his wife and three of his children before shooting himself because was about to be exposed for having an incestuous relationship with Laniet.