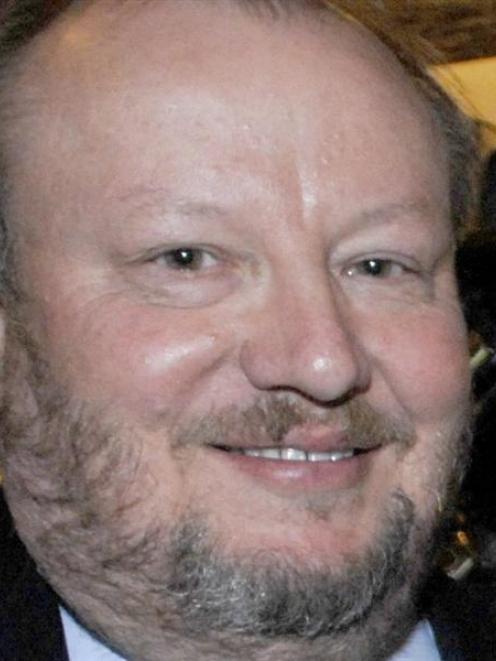 Len Andersen.
Criminal lawyers have demanded Dunedin's historic courthouse be partially reopened, in a letter to the Minister of Justice.

The High St temporary courthouse was so small it was forcing children to mingle with criminals and forcing the postponement and cancellation of court fixtures, New Zealand Criminal Bar Association vice-president Len Andersen said yesterday.

Mr Andersen, a Dunedin barrister, said he had witnessed a child attending family court being forced to push through a waiting room packed with ''criminal clientele'' in the temporary court.

Much of the historic courthouse had been deemed safe enough to use until last month, he said.

Most lawyers considered it more dangerous to drive on the open road than work inside the old building.

The annexe attached to the historic building was built in 2003 and presented no earthquake risk at all, he said, a claim backed by an engineering report the ministry commissioned in 2011.

Mr Andersen said he believed three courtrooms could be reopened in the Stuart St complex, as well as judges' chambers and office areas.

Those spaces had only been closed to allow strengthening to be carried out.

It was now clear that work might not begin for some time, although the city's criminal lawyers had received ''no communication'' from the minister over the issue.

Lawyers had noted with concern last week's ODT report in which Justice Minister Amy Adams could offer no timeframe for strengthening to begin, or any guarantee court services would return to the historic courthouse, he said.

And if the ministry did not intend to reopen the Stuart St courthouse, the High St site was not a suitable replacement.

''If we're not ever going back, then they're going to have to build a new court facility.''

Mr Andersen said he had not encountered any criminal lawyers who thought the present situation was appropriate.

The ODT asked the Justice Minister Amy Adams and the Ministry of Justice for comment last night.

The minister did not respond before publication.

The ministry's general manager commercial and property, Fraser Gibbs, said the ministry had commissioned seismic assessments of all its buildings after the Christchurch earthquakes.

Part of the historic courthouse met only 15%-20% of national building standards - the minimum requirement was 33%.

Because the ministry took health and safety obligations seriously, it had decided to temporarily close the historic courthouse, he said.