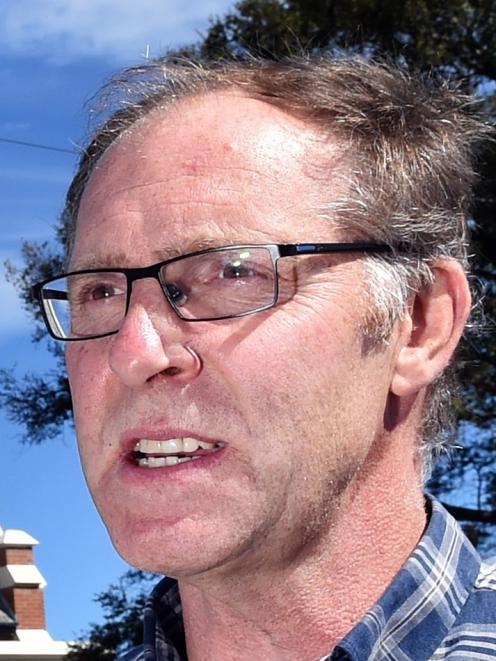 Stephen Macknight
A Dunedin engineer campaigning to save the Highgate Presbyterian church from demolition says it would cost less than $10,000 to fully strengthen the nearly 100-year-old building.

The fate of the prominent Maori Hill church is still uncertain, as the church takes time to consider new information, including an independent seismic assessment by Dunedin engineer Lou Robinson.

The church says it is no longer able to maintain the building, which it says requires expensive work to earthquake-proof and is no longer fit for purpose.

Structural engineer and heritage developer Stephen Macknight is leading the campaign to save the church and with his brother, Richard, commissioned the new assessment, which concluded the building was not earthquake prone as defined in the Building Act.

Mr Macknight said based on the assessment he had been able to design an engineering fix for the building which would bring it up to 100% of the building code and cost less than $10,000.

The main issue was the large gables at the ends of the building, which could be strengthened using tie-rods, he said.

The same technique has been used on other heritage buildings, including Dunedin's First Church, he said.

Mr Macknight said he was not trying to force the church to reverse its decision but wanted it to be as open and honest as possible because of the building's importance to the city.

As well as the new assessment, the Dunedin City Council's heritage adviser Andrea Farminer had written a report on possible alternative uses for the building.

Presbyterian Church minister the Rev Geoffrey Skilton confirmed the demolition remained on hold as the congregation considered all the new information.

"The congregation will now take time to carefully consider the heritage information and additional engineering report, which draws different conclusions than the church's own engineering assessment.''

Further analysis was needed to understand why the reports drew such different conclusions, he said.

A member of the congregation has also appealed the church's decision to demolish, which needed to be considered by the church's court.

Dr Farminer's report had been circulated in its entirety to the congregation and hard copies of both reports were made available, he said.

The decision to demolish was based not only on the estimated cost of strengthening but also an assessment of the building as no longer being fit for purpose and not meeting the needs of a smaller congregation.

If this Guy can say it costs that little let him proved it and let the questions start why are people getting ripped off by companies, builders and plumbers, sure they all have there own skills in there own right but why do they rip people off?