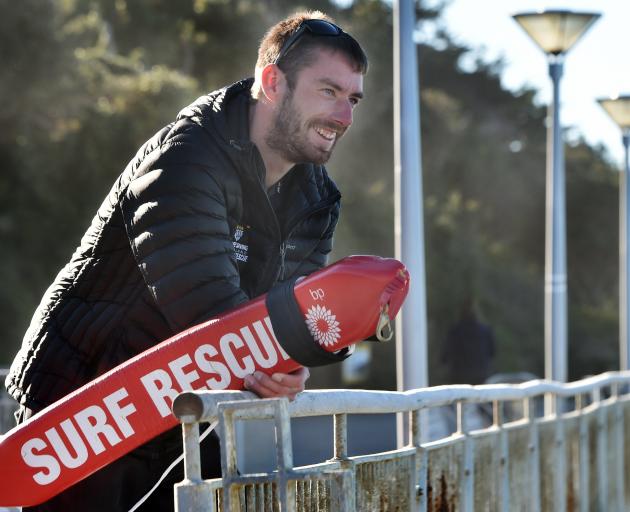 Watching the waves is Otago Surf Life Saving search and rescue co-ordinator Max Corboy, who has received a certificate of achievement for his service. PHOTO: PETER MCINTOSH
After years of service, a Dunedin lifeguard says it is humbling to be recognised for his surf rescue work.

Winning the award reflected the efforts of the entire team, Mr Corboy said.

He has been involved with Surf Life Saving since he was 7 years old, when he was part of the junior surf programme.

He has led the Otago search and rescue team since 2016.

Mr Corboy said he had lost track of how many rescues he had conducted over the years, but everyone he saved was thankful for his help.

Timing was critical when it came to rescuing people, and you had to trust yourself to make the right decision, he said.

Mr Corboy has previously earned recognition for his rescue efforts, including being part of a group who rescued nine people from Taieri River floodwaters about midnight on July 21, 2017.

He was also one of the surf life-savers who helped save 30 Columba College pupils caught in a rip off Canoe Beach, near Purakaunui, on March 1, 2013.

Helicopters Otago also received a certificate of achievement for its role in a rescue in the Southern Alps last year.

"Every one of them had sacrificed time with their family and friends to provide a vital service to New Zealand.

"Without their efforts, fewer families would be reunited or loved ones returned home."