The feeling of being the first African-American pupil to walk through a crowd of angry white pupils to attend Little Rock Central High School has stuck with Elizabeth Eckford all her life. 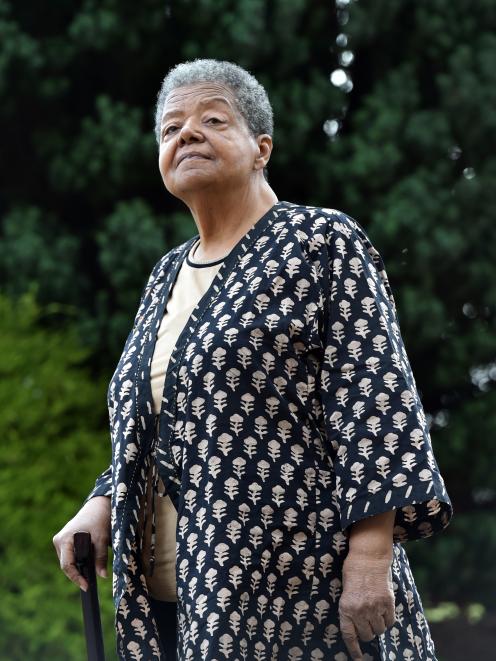 Ms Eckford (77) was one of the ''Little Rock Nine'', a group of nine African-Americans who enrolled in the Arkansas school in 1957. She was in Dunedin to promote her book, The Worst First Day: Bullied While Desegregating, with one of her co-authors, motivational speaker and former US army lieutenant-colonel Eurydice Stanley, and US consul-general to New Zealand Katelyn Choe.

Ms Eckford, whose image as she walked through the crowd was captured in a photograph which was published around the world, said the legacy of her first day at the school had left her with a fear of being in crowds.

The experience had also taught her that ''you can't always look to other people to be your saviours''.

Ms Eckford said while some of her fellow pupils had become active politically, she had essentially lived an ordinary life.

For a long time, she sought anonymity.

''I felt like that the press came to me because I was the only one of the nine living in Little Rock,'' she said.

Hundreds of pupils from schools around the region packed into the Otago Girls’ High School hall to hear the US civil rights activist.

''It's only been recently that the meaning of the picture has changed for me.

''I now recognise that I'm symbolic in that picture.''

''You're not allowing someone else to make a decision for you and remove you from that situation, and she [Ms Eckford] returned to that situation every single day.

''Even though she was afraid, she was there.'' 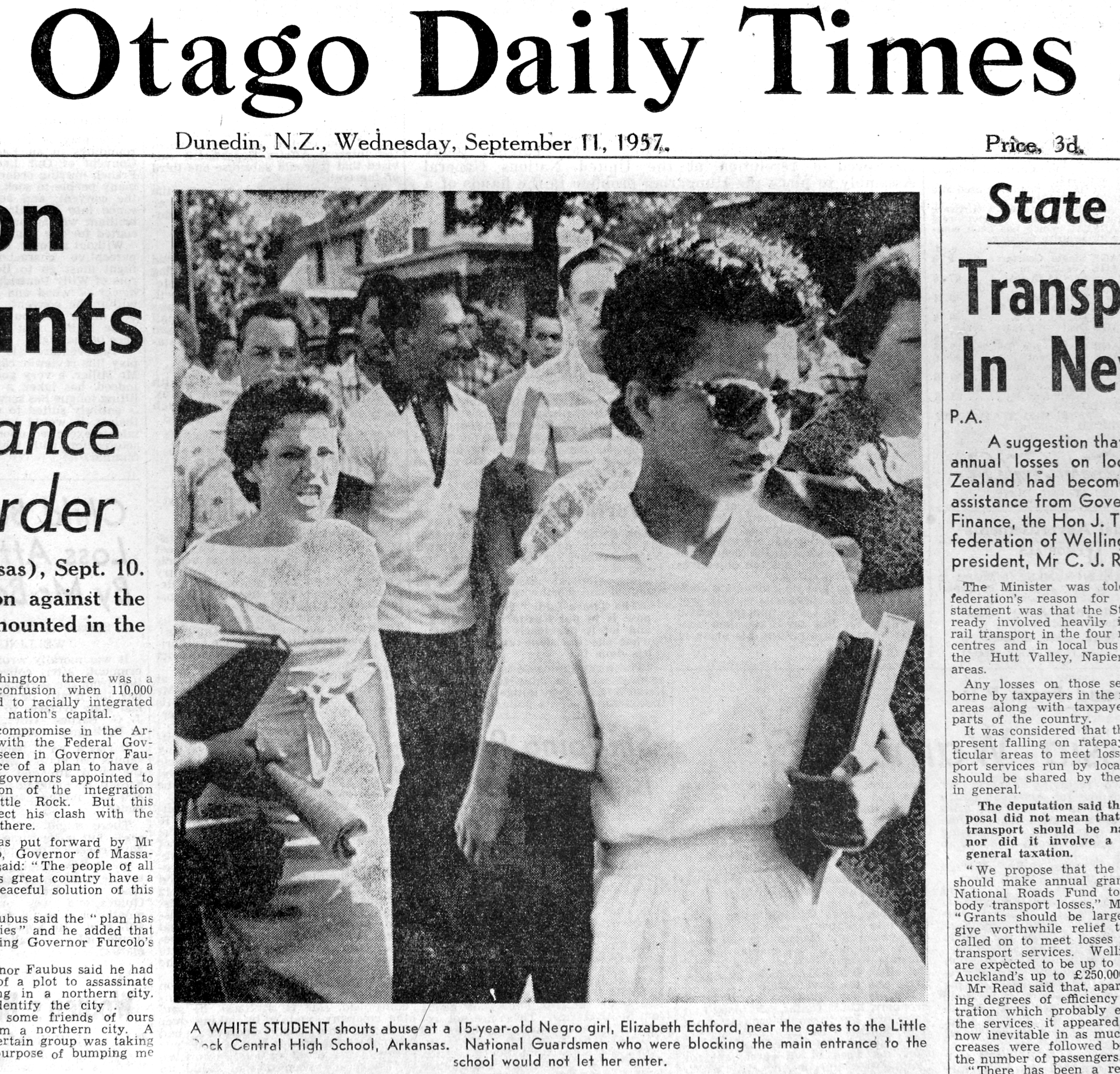 15-year-old Eckford near the gates of Little Rock Central High School on the front page of the Otago Daily Times in 1957. Photo: ODT files
One of the biggest continuing challenges when it came to racism in the US now was the mass incarceration of African-Americans, Dr Stanley said.

Ms Eckford did not comment about the political situation in the US, but said one of the differences now was everything was better documented.

''There've been ongoing challenges and there will be future challenges. The difference is when there's more honesty about what is happening.''

The Otago Girls' High School event was the last in a series of speeches at schools around the country.