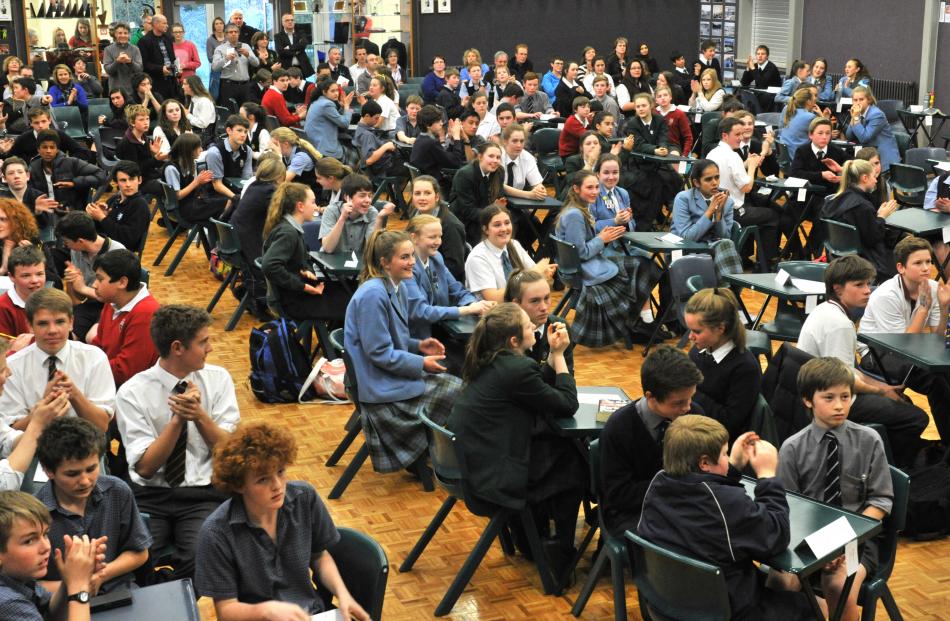 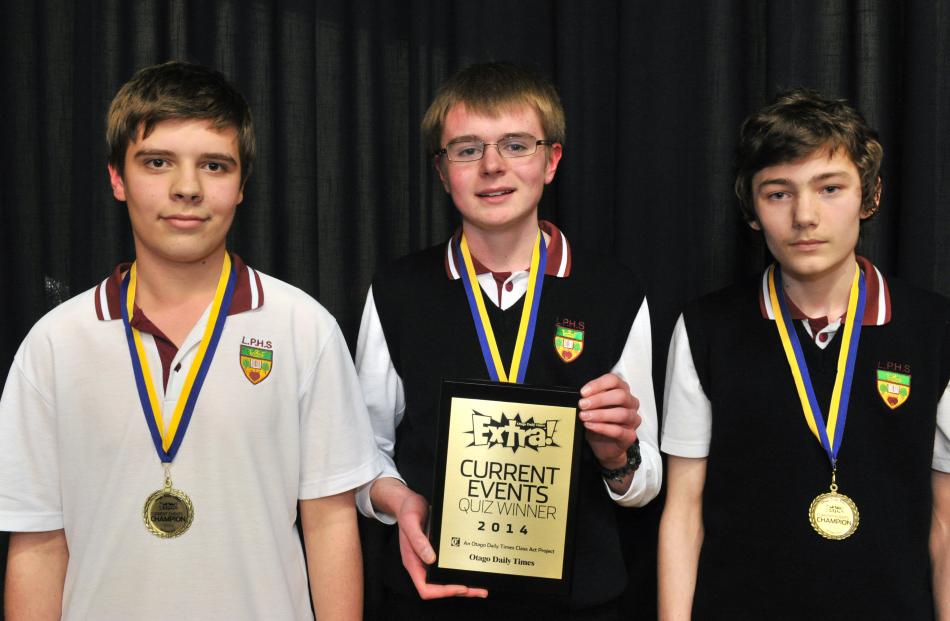 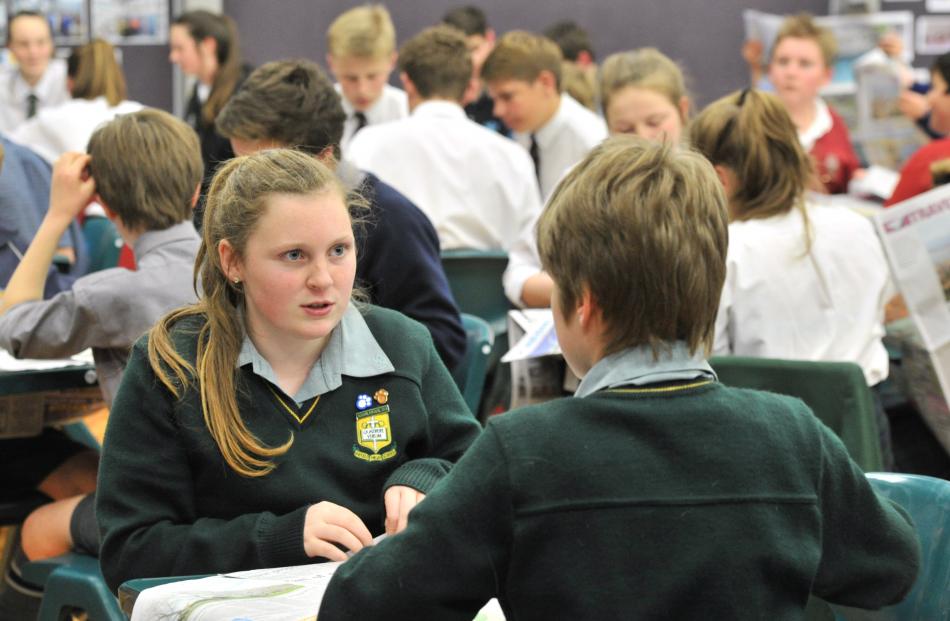 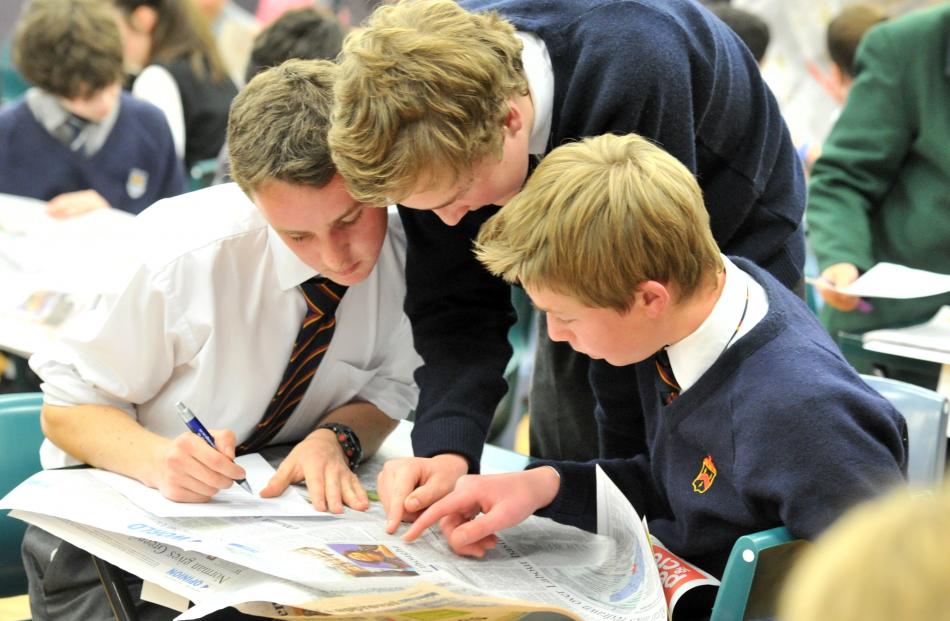 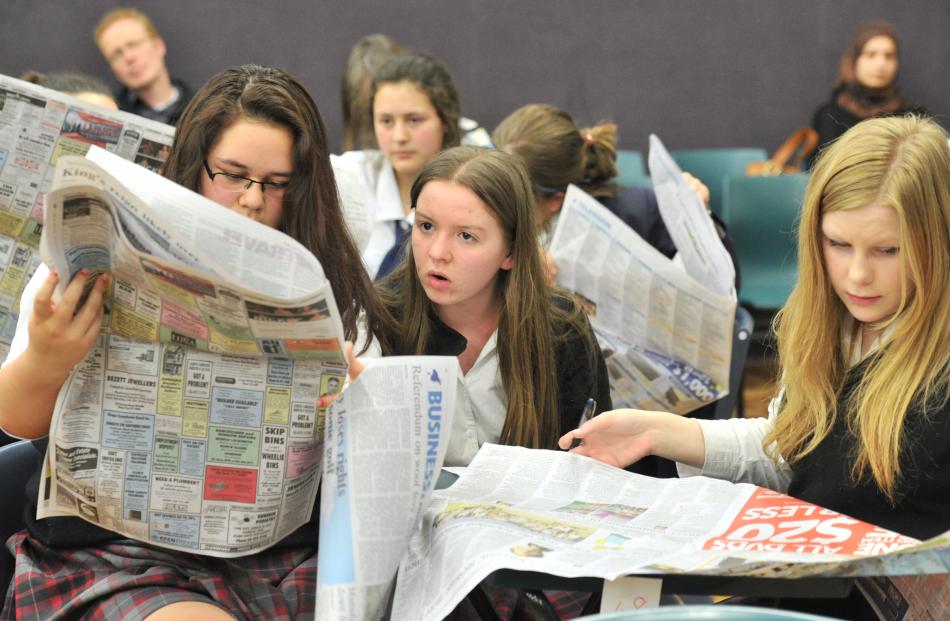 A trio of Emmas (from left) Emma Samuels, Emma Campbell and Emma Thompson (all 15), from Logan Park High School, study the news. 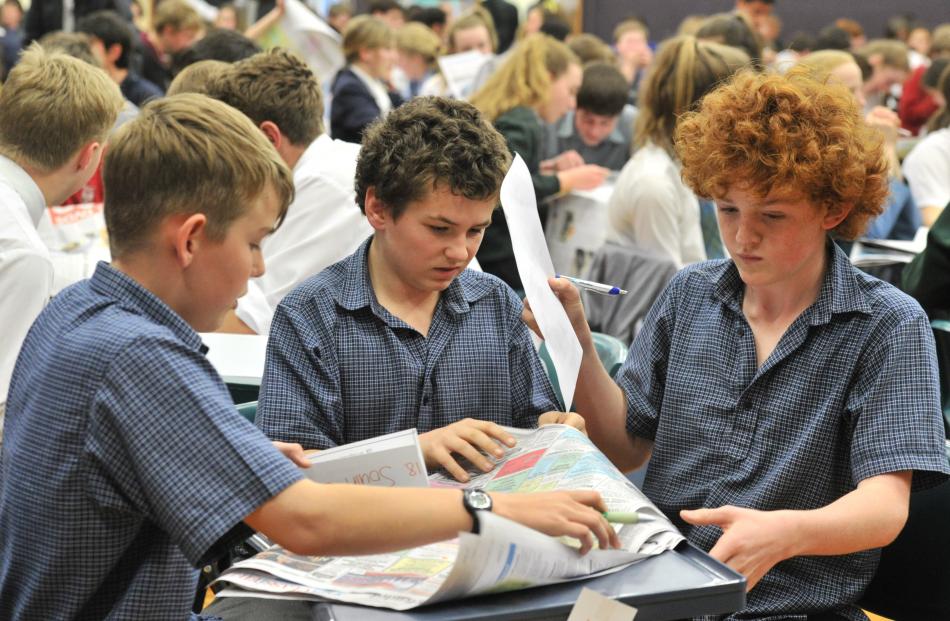 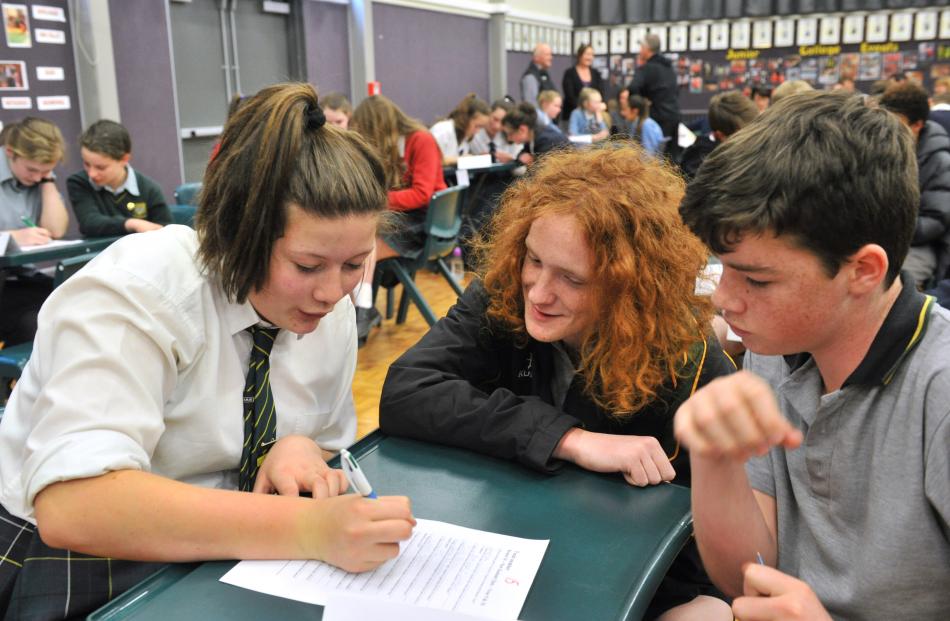 "Knowing all the answers'' was the key to winning the year 9 and 10 Otago Daily Times Extra! current events quiz for two years running, one of the winning team members said last night.

After the 90-minute quiz, held at Kaikorai College, the three year 10 pupils admitted they had also had a strategy.

''We each took topics and just studied them up really hard.''

The boys were chased hard by two teams, King's High School 1 and John McGlashan College 7, who shared second equal, with 90 points each.

Quiz organiser Ivan Behrnes said 65 teams of three from schools from South Otago to East Otago, including from most Dunedin secondary schools, took part in the quiz.

Central Otago school pupils get their chance to show off their current affairs knowledge next Wednesday and Thursday, in Cromwell.