Love of lilacs leading to St Petersburg and Moscow 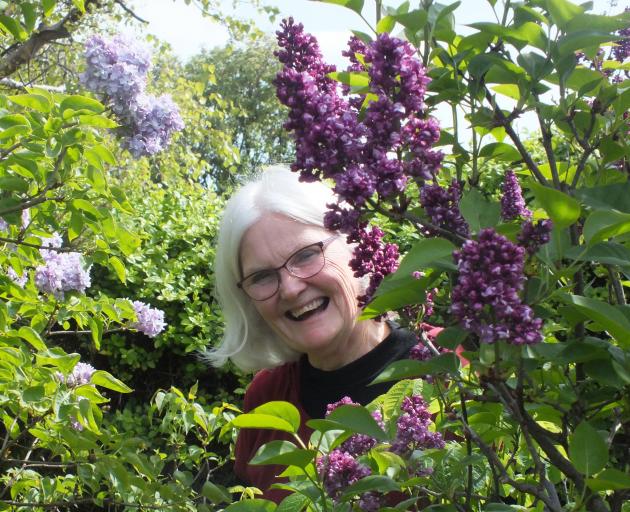 Beryl Lee among the lilacs in her Dunedin garden. Photo: Gillian Vine
Expertise on her favourite shrub has resulted in an invitation for a Dunedin woman to speak in Russia next year.

Beryl Lee is passionate about lilacs (Syringa) and has had articles on them published in specialist magazines around the world.

This has resulted in the invitation to speak in Moscow and St Petersburg in May next year, at an international conference to mark the 125th anniversary of the birth of Russian lilac guru Leonid Kolesnikov.

It was a great honour to be chosen, Mrs Lee said.

Kolesnikov, a self-taught amateur hybridist, was famous for double varieties that surpassed anything before or since.

Apparently, none of his lilacs was imported into New Zealand, Mrs Lee said.

She should know, having spent untold hours tracking down as many as she can of the lilacs introduced into New Zealand since the 1840s.

In building up a New Zealand list, an important source of information for Mrs Lee has been old nursery catalogues.

At this time of year, when lilacs are in bloom, she photographs as many as she can - she now has some 6000 photographs - and works to identify them from the way the plants grow, as well as their flower colour and shape.

Mrs Lee has two dozen of the bushes in her St Kilda garden and ''70 or more'' in pots.

''I probably have the biggest lilac collection in New Zealand,'' she said.

Assisted by Denis Hughes, of Blue Mountain Nurseries in Tapanui, she is negotiating to find a permanent home for her plants so that a national lilac collection can be established in Otago.