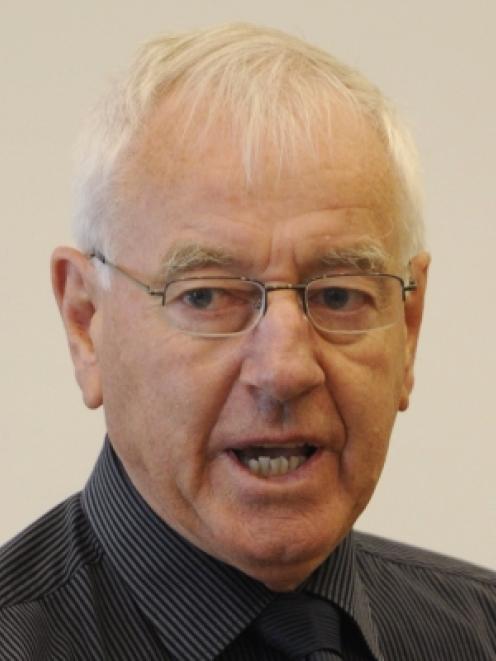 Laurie Mains
At least two Otago business leaders are offering financial help for Otago rugby, and an appeal for support from the wider business community is expected soon.

The former ORFU deputy chairman is understood to be approaching the business community, saying yesterday he would elaborate next week.

That approach was likely to be with Sir Eion Edgar, who said last night he had "always been a strong supporter and I will be trying to help wherever I can".

The Forsyth Barr Group chairman and Otago Rugby Football Union president said he was saddened by the union's predicament and felt for the creditors.

He praised the work of board members who had put in hundreds of hours "for no reward at all apart from trying to resolve a very difficult situation".

While there had been suggestions Otago not play at Forsyth Barr Stadium to save money, this would be impractical "because of the benefits and the ability to attract a lot more people [at the stadium]".

To keep the Otago provincial side playing in the ITM Cup, sponsors needed to be onside, and recent talks had been "positive", he said.

Dunedin businessman Malcolm Farry, who headed the Carisbrook Stadium Trust which organised the building of the stadium, said he had not been in Dunedin much recently.

He expected organisation for a bail-out to be going ahead "as we speak".

Allied Press chairman and managing director Julian Smith said he did not have any particular view on the possibility of a business bail-out for the ORFU, but said only people "really keen" on rugby would be interested. Mr Smith said he had not heard of any moves to organise such a thing.

Allied Press was one of the companies owed money by the union. It was "an indictment" on the ORFU that it had failed, when no other union in New Zealand had got into such a situation, he said.