Engineers were suspended from a towering crane in a steel basket as they inspected a historic central Dunedin building yesterday. 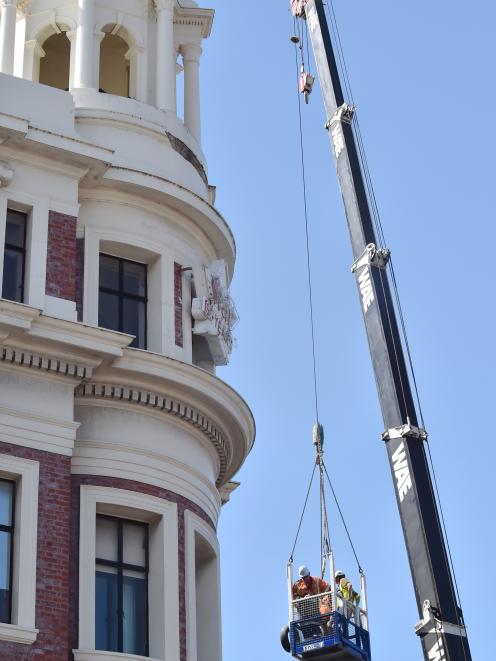 section of Stuart St being cordoned off yesterday.

A passing bus driver said he saw the masonry fall about 11pm.

Nobody was injured during the incident.

Allied Press chief executive Grant McKenzie said engineers had inspected the building and believed it was an isolated incident.

All the masonry appeared to be secure, he said.

"They are cleaning up the site and it will be business as usual shortly."

Allied Press publishes the Otago Daily Times and The Star newspapers, as well as a host of community titles.

The building was designed by architect Edmund Anscombe and constructed in 1928.

It is listed as a category 2 heritage building.

Allied Press promptly called a traffic management company which cordoned off the area, and the council was contacted yesterday morning.

The council and NZ Transport Agency staff had visited the site and were satisfied with the measures taken, he said.