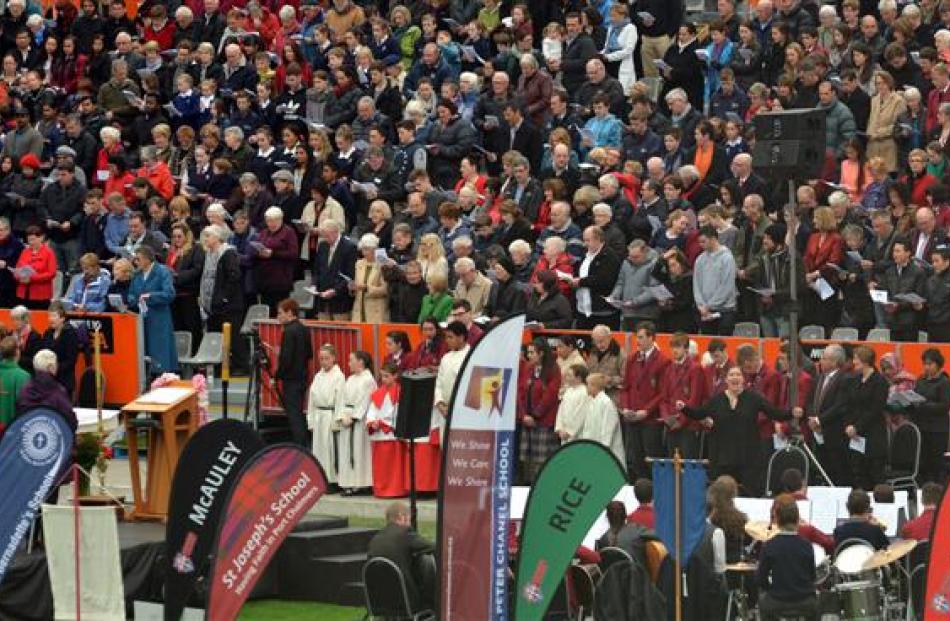 A section of the crowd at a Mass at Forsyth Barr Stadium yesterday, marking Kavanagh College's 25th jubilee. Photos by Peter McIntosh. 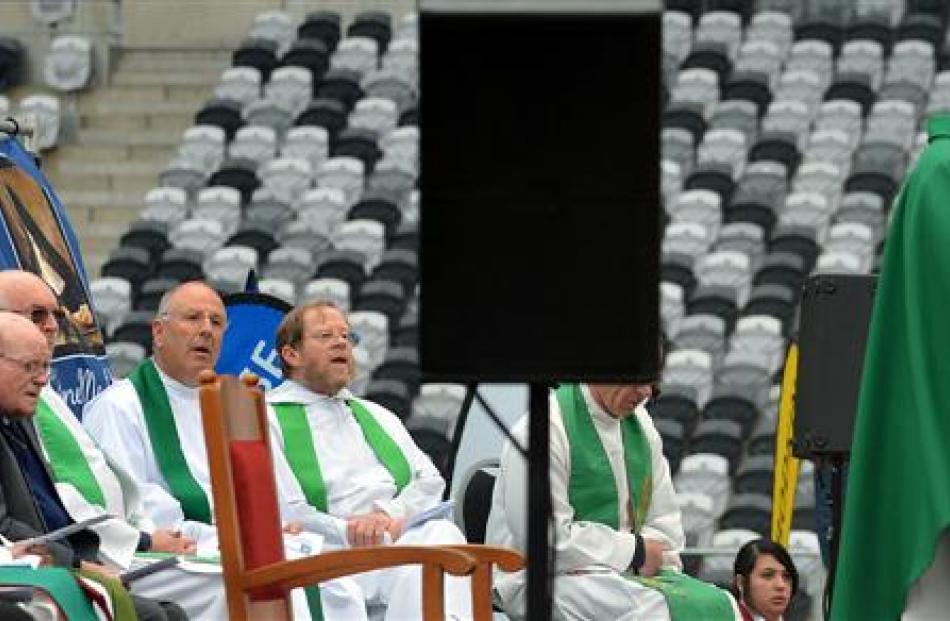 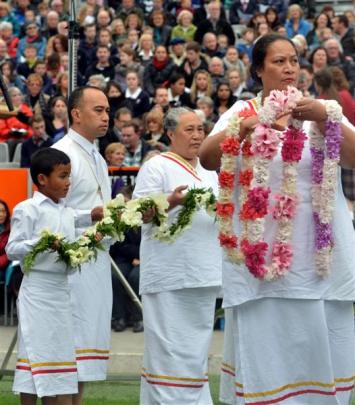 For the second time in little over a week, Forsyth Barr Stadium in Dunedin has been transformed into a House of God.

Hundreds of people attended a Catholic Mass yesterday to celebrate Kavanagh College's 25th jubilee, taking communion at the ''zoo'' end of the pitch, typically where rugby players dot down to score.

The service served as more than just Kavanagh College's 25th jubilee and was a celebration of Catholic education in Dunedin, with all schools and parishes in the city taking part.

Priest Fr Gerard Aynsley, who led the Mass, spoke of the importance of Catholic educational institutions as places where people could ''encounter'' God.

Taking communion was a little more challenging than usual, with attendees having to walk from their seats in the stand and on to the pitch.

At the end of the Mass, a plaque commemorating the three founding orders of Kavanagh College - the Dominican Sisters, Sisters of Mercy and Christian Brothers - was blessed.

The plaque will be placed at Kavanagh College.

The service came just over a week after Jehovah's Witnesses packed the stadium's south stand as adherents from across the South Island and lower North Island gathered for their regional convention.