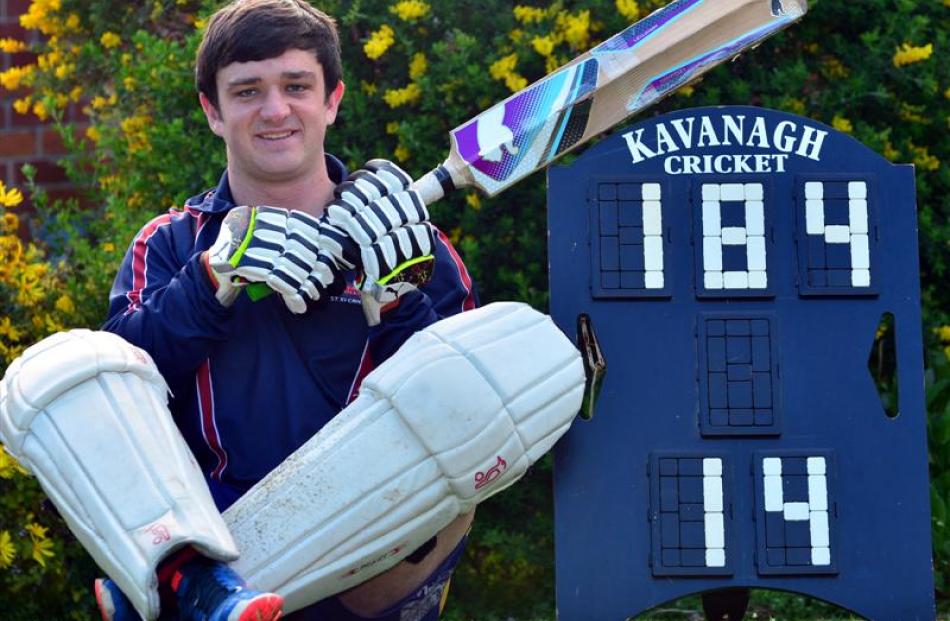 If he had only paced himself, Liam Eathorne might have got to celebrate a remarkable twenty20 double hundred.

Instead the year-13 Kavanagh College opening batsman had to make do with 184 from 58 deliveries. Yes, you read that right. He really did score at more than three runs a ball.

But having whacked 16 fours and 15 sixes during a McCullum Cup match against Logan Park High School, he just could not resist having one more heave and was bowled.

''Yeah, I did throw away a double hundred,'' he joked.

''I got a bit carried away in the end trying to get to 200. When I came home I felt a bit disappointed. My brothers gave me a bit of stick for it.''

Liam is from a talented cricketing family. There are five Eathorne brothers - twins Sean and Kieran (27), Brendon (25), Nick (22) and Liam (18) - and they have all played senior cricket for Carisbrook-Dunedin.

Sean is the most accomplished - he has played five first-class games, five twenty20 fixtures and seven one-dayers for Otago.

For the record, Kavanagh reached 304 for four and dismissed Logan Park for 37. Ned Spencer from Otago Boys' High School White also scored a century at the tournament, whacking an undefeated 100 from 65 deliveries against the King's High School 2nd XI.

It was the second year of the secondary schools' twenty20 tournament, with a trophy named after the McCullum brothers at stake.

A girls' competition was also held, for a trophy named after White Ferns captain Suzie Bates.

Otago Girls' High School played a Dunedin Cricket Association XI in the final. Otago Girls' batted first and made 79 for six and the DCA XI raced to 84 without loss in reply.