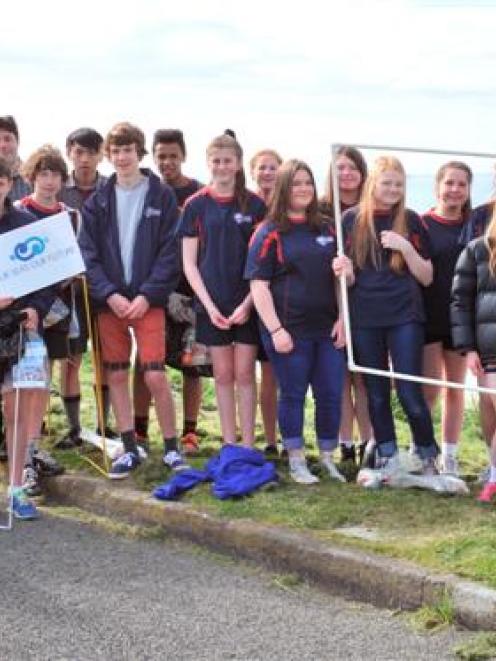 The project was designed to give pupils an opportunity to contribute to the welfare of their community and environment, Kavanagh College science teacher Amadeo Enriquez-Ballestero said.

''This is now our pet beach and we'll be bringing different groups out every week to monitor the species and clean up the rubbish,'' he said.

''Maybe other schools will adopt their own pet beach.''

The project is being run in Otago by Our Seas Our Future, to encourage pupils to adopt an area of coastline by keeping it clean and monitoring intertidal species in the area with a marine grid developed by the University of Otago marine studies centre.

''Kavanagh is the first school to join the project, which is great,'' Our Seas Our Future founder Noel Jhinku said yesterday.

''Hopefully, we can get the whole coastline adopted. We want to show people the link between marine pollution and local species and hands-on experience is such a great way to engage students.''

''The best thing was finding all the different animals in the rock pools,'' Clare MacDonell (13) said.

''I didn't realise how much wildlife there was there.''