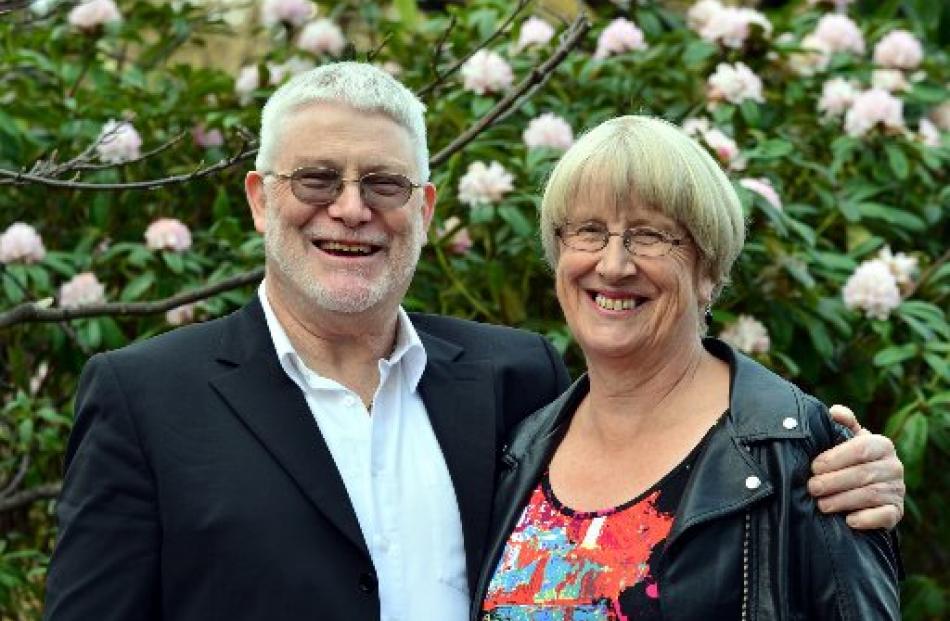 Dunedin businessman Peter Barron and sister Wendy prepare to graduate from the University of Otago today. Photo by Peter McIntosh. 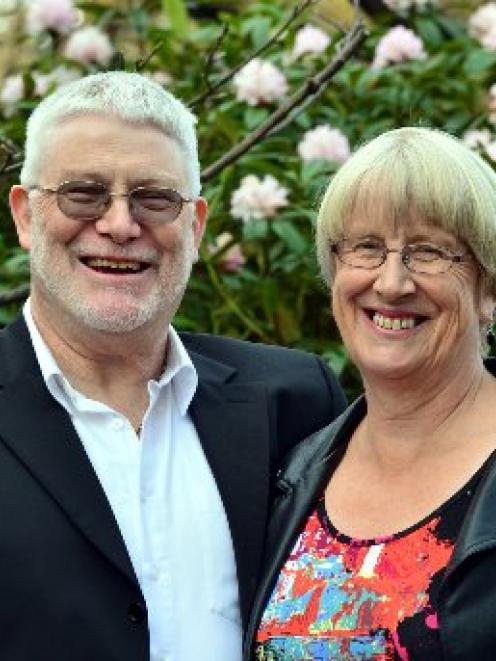 They are believed to be the first brother and sister to gain the challenging Otago master of business administration degree since the Otago MBA programme began in the mid-1970s.

And they will be among about 350 graduands in a wide range of academic disciplines who will graduate in a 3pm ceremony at the Dunedin Town Hall.

''I think it's a great achievement,'' Mr Barron said this week. For most of his working life, Mr Barron (62) practised as a community pharmacist, and now owns and operates Dunedin's Huntsman Steakhouse.

And in January this year his sister, Wendy Barron (55), took up an administrative post heading a major de-mining operation in the Kurdish semi-autonomous area in northern Iraq for a non-governmental organisation (NGO).

The two siblings will end up gaining the same Otago degree at the same ceremony, but have travelled there by very different journeys.

Both grew up in Southland, and in the mid-1970s, Ms Barron attended Dunedin Teachers College, but decided not to pursue an educational career.

Mr Barron completed an Otago bachelor of pharmacy degree in 1974, later serving for nine years as a member of the Otago District Health Board and its successor board, the Southern District Health Board. He is standing for the health board again in local body elections this year.

In 2011, he stopped practising as a pharmacist and began his MBA studies, which he completed last year.

Before returning to New Zealand to begin her studies last year, Ms Barron had earlier worked in a senior leadership role in an education-related NGO in the Sudan for six years.

After undertaking nine months of intensive study for her MBA in Dunedin, she then took up her present job in Iraq, continuing her Otago studies via internet this year and completing a related business project.

Strong family links and a few ironies have accompanied their studies.

In 2010, while on leave in Dunedin, Ms Barron had initially approached the Otago MBA office for course information, but when Mr Barron later went there to seek some more information for her in 2011, he quickly decided to do the course himself, after the office ''did a good sales job on me'', he said.

Peter Barron and their mother, Enid Barron (85), had provided crucial support, including at times when she doubted the work would be completed.

''Both him and mum were very encouraging - when I was feeling down they would pick me up and give me the pep talk,'' she said.