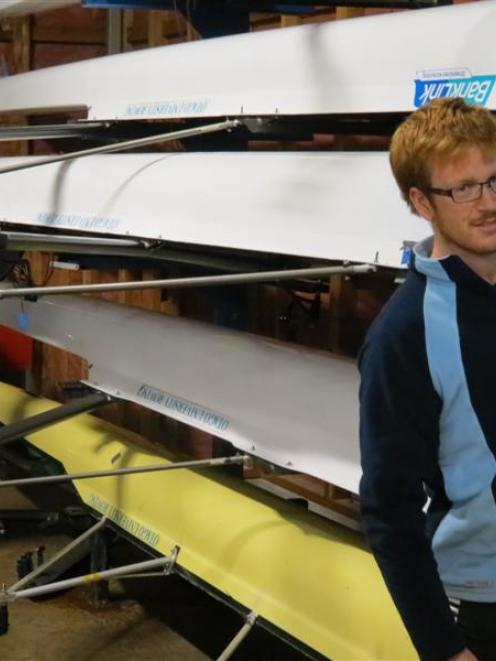 "We're already getting more emails and questions about rowing, but we expected this," she said.

"When the Evers-Swindell twins won gold at the last Olympics, I think our women's doubles numbers increased threefold."

She predicted similar increases after these Olympics, particularly in the men's doubles.

"Otago University Rowing has seven athletes here that have rowed with us at some stage over the past 10 years, so the opportunity to see them succeed was to good to pass up," he said.

The club was now too full to accept new members, 80 to 100 students rowing seriously every week, he said.

"A lot of people think it is too late to begin once you have left school.

This is actually the perfect time.

Mahe Drysdale didn't start until he was at university."

The rowing clubs weren't the only sporting groups in Dunedin experiencing increased interest after their sport featured in the Olympics.

"What we will see is an increase in interest, particularly among our gymnasts. That enthusiasm tends to spread to their families," she said.

"Gymnastics is a foundation sport. It's a fantastic thing to be involved in for mind and body."

However, with 890 casual members and more than 130 competitive gymnasts, the academy was full, and people wanting to sign up would have to go on a waiting list, she said.

Dunedin Badminton Club president Wayne Jopson said badminton had had a lot of attention at the Olympics, perhaps for the wrong reasons, several teams being disqualified for playing to lose.

"We've had the odd inquiry, but that's normal. Maybe we will see some in the next few weeks," he said.