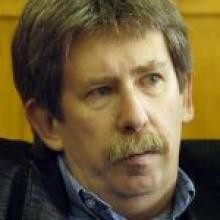 The board had been asked to endorse implementing its smoke-free policy for mental health services and facilities, following a lengthy discussion at its hospitals advisory committee meeting, but yesterday the board vote was lost on voices.

Member Richard Thomson, who has spoken out repeatedly about the move to have mental health patients not permitted to leave hospital premises banned from smoking, indicated at the start of the debate he did not expect to win the argument. He said he could not vote for forced treatment for a group of people who had not asked for it. "That is a very significant step to take."

His research had showed it was not an effective way of getting patients to stop smoking and could put patients off seeking the treatment they needed He referred to an email he had received from a person with a diagnosis of paranoid schizophrenia who said he refused to access health care because of the " totalitarian anti-choice regime in psychiatric hospitals".

Patients at Wakari Hospital's 9A and 9B wards can light up in a grassed courtyard.

Chief executive Brian Rousseau said he had sympathy for both sides of the argument but the board ran the risk of " becoming too ideological" at times in its policy implementation.

Nobody could convince him that a terminal lung cancer patient who had been a chain smoker for 50 years should be stopped from smoking in the last weeks of their life.

That would not be " humane or sensible".

The board should be saying, "This is our policy. However, there are some valid exceptions. My view is this would be one."

Balclutha GP Dr Branko Sijnja, who asked that his vote in favour of implementing the policy be recorded, said there was plenty of evidence about the harm of smoking and the board needed to be consistent about the message it was giving.

He said he appreciated the fact some patients were confined, but the board still needed to make a stand as the provider of health services.

Chairman Errol Millar noted that prisons were to be made smoke-free.

Mr Thomson said he did not particularly agree with that either, but there was more justification because those who had committed a crime had sanctions imposed on them by society.