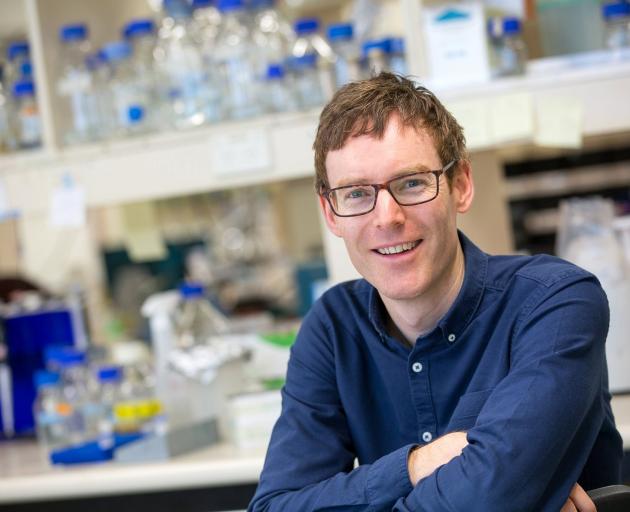 Gaining the United Kingdom Microbiology Society's 2019 Fleming Prize was a ''fantastic'' outcome, which reflected the strong team contribution from other researchers in his laboratory, he said.

The prize was particularly meaningful because it was in the name of microbiologist Sir Alexander Fleming, who was also a founder and the first president (1945-47) of the society, Prof Fineran said.

Sir Alexander (1881-1955) jointly won the Nobel Prize in Physiology or Medicine in 1945 for his discovery of the world's first antibiotic substance, a form of penicillin.

Prof Fineran has undertaken cutting-edge research in a rapidly developing field involving the study of the immune system which bacteria use to defend themselves against viruses, called ''phages''.

When he started working in the international field in Otago in 2008, only a few research groups had been operating, but that had since risen greatly, Prof Fineran said.

This research was part of ''the biggest biological science revolution in recent decades'', which was enabling scientists to move on from ''reading'' the genome to potentially editing it.

He will travel to Belfast, Northern Ireland, to give the prize lecture next April, and receive the award.